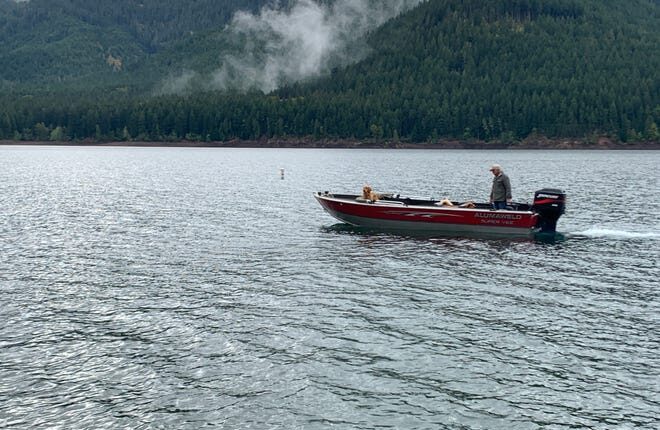 The popular reservoir east of Salem was 1,560 feet above sea level as of Friday, which is just above the water level that the US Army Corps of Engineers now considers “full” or “full pool.”

The mark is good news for those who love recreation at Detroit Lake, which stayed well below normal levels during last year’s drought-plagued spring and summer and hasn’t been considered “full” since the summer of 2020.

With above-average snowpack in the mountains and a rainy pattern projected through May, Detroit Lake should stay in good shape throughout the summer, Corps officials said.

“May will give us a better picture.”

The reservoir will have less water overall following measures taken by the Corps last year to reduce pressure on Detroit Dam’s spillway gates in the event of a large Cascadia or local earthquake.

Previously, each spring, Detroit Lake was managed to reach a “full pool” level of 1,563.5 feet above sea level. Under the new plan, the reservoir will be filled and kept at 1,558.5 feet.

The likelihood of the type of earthquake that could damage Detroit Dam to the point of an “uncontrolled release” is small — maybe 1 in 10,000 — but the potential calamity meant an adjustment was needed.

“The chances of a breach right now is very, very low. Around 0.01 percent,” said Ross Hiner, dam safety program manager for the Corps, who said the Detroit decision followed a recently-completed safety assessment. “But we want to move it even lower.”

Five feet might not seem like much of a difference, but it’s enough to reduce stress on dam spillway gates and reduce the chances of a breach by 10 percent during an extremely large Cascadia or local earthquake, Hiner said.

The lower water level is likely to stay in place for two to five years while the Corps studies the risks further and evaluates long-term measures.

By starting at a “full pool” that is lower than in the past, the lake can drop below dock levels sooner in the season than previously. Research has shown that low water years can bring up to $11 million in negative economic impact on Detroit and the Santiam Canyon, according to a study by Oregon State University. And that was before the Labor Day Fires impacted the town.

For now, with the rain still falling the Corps expects a good year, but they’ve started dumping water from the lake more quickly to get the reservoir back down to 1,558.5 feet. If May and June prove exceptionally dry, that could have an impact on the area’s recreation.

“We want to limit the number of days that we’re above that 1,558 mark,” Gaylord said.

Zach Urness has been an outdoors reporter in Oregon for 15 years and is host of the Explore Oregon Podcast. To support his work, subscribe to the Statesman Journal. Urness is the author of “Best Hikes with Kids: Oregon” and “Hiking Southern Oregon.” He can be reached at [email protected] or (503) 399-6801. Find him on Twitter at @ZachsORoutdoors.

Eicher family does some spring cleaning and gardening