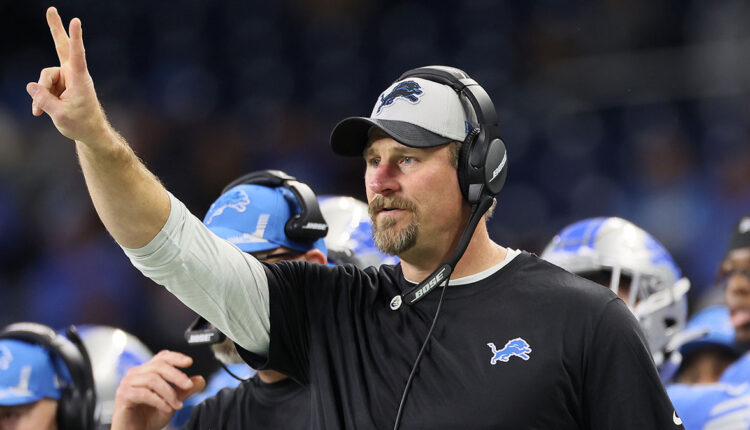 Detroit Is Rightfully a Popular Over Team

Pain. I was born in it, molded by it. I didn’t experience success until … well, I still haven’t.

Born in 1995 in Northern Michigan, I had two options: Be a Lions fan in hopes that some day the organization would turn it around for one of the best fanbases in sports, or be a traitor and root for the consistently dominant Packers. Give my Twitter a 30-second look through and you can guess which team I sided with.

Every Lions fan goes through the same process – we build up hope through the draft, drink the Kool-Aid and say, “this is our year.” Then they disappoint with excruciating, heart-breaking losses, and we shift our focus to the draft again.

Year in and year out, not a single playoff win in my life.

But this year? This year, it feels different.

I’m not the only one who thinks this way as a number of sportsbooks have the Lions listed as their biggest liability in multiple instances – division odds, to make the playoffs, conference champs and their win total of 6.5.

Is this the “Hard Knocks” influence? maybe But this team has what you can’t train: Heart. If there was any positive take away from the on-field product last season, it’s that players will fight until the very end for head coach Dan Campbell.

That didn’t translate to wins — finishing 3-13-1 — but this was also a very unlucky team. According to Action Network’s Sean Koerner, the Lions were third worst in adjusted games lost due to injury. They also finished 2-5 in one-score game luck, which included a 66-yard game-winning field goal from Justin Tucker.

Flip those toward the mean and this is a six-win team last year. That’s also with the fifth-hardest schedule.

Going into this season, the Lions have the third-easiest schedule, a top-three offensive line and an abundance of weapons on offense. It’s hard to put any faith in quarterback Jared Goff, but this offense is starting to tailor to his abilities with pass catchers at every position.

Wide receiver Amon-Ra St. Brown stepped up as the no. 1 target, attacking the middle via dump-offs and doing work on the outside. Detroit added DJ Chark over the offseason for WR depth and TJ Hockenson, when healthy, is a top-six tight end.

The Lions field a one-two punch in the backfield with a dual threat in D’Andre Swift and bell cow Jamaal Williams. Behind one of the best offensive lines in football, they should find plenty of success on the ground.

Before I go off making the Lions sound like a sure-fire playoff team, it must be stated that their defense is still bad. Drafting Michigan edge rusher Aidan Hutchinson can only do so much for a unit that ranked 29th in DVOA last season.

The linebackers and secondary are still less than desired. Linebacker Jarrad Davis and cornerback Jeff Okudah have been duds and desperately need to turn it around if they want to give their defense a fighting chance against high-powered offenses.

I’m not saying this is a Super Bowl contender, but the Lions have nowhere to trend but up after what they built in the offseason.

“Hard Knocks” noise aside, this is potentially a high-powered offense that can keep them in any game with the added benefit of an easy schedule. Flip last year’s one-score games record and adjusted injury luck and they already were near this year’s win total of 6.5.

Goff has weapons all around him and should have time in the pocket, allowing him to limit risky chances and get the ball to his playmakers. While the defense remains a weakness, Hutchinson will at least bolster the pass rush to help ease the load on a weak secondary.

Take the season win total of 6.5 and potentially an auto game total over each week.

How would you rate this article?