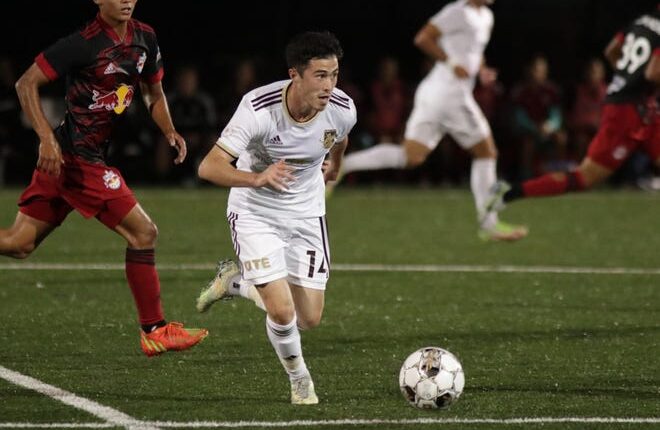 Montclair, NJ – Detroit City Football Club (13-11-6) was able to earn one point tonight in a 0-0 draw versus the New York Red Bulls II (3-6-22) at MSU Soccer Park at Pittser Field on Wednesday night.

It was a quiet first half with the game scoreless after 45 minutes of play. City’s best chance came at 39′, when defender Rhys Williams made a cross into the box where forward Connor Rutz headed it and the ball dropped to the feet of midfielder Brad Dunwell. He had a clean shot to the net, but it was blocked by New York forward O’Vonte Mullings.

City controlled 56% of the possession, but both teams were held to no shots on target in the first half.

The second half brought more chances for Detroit, including seven corners, but DCFC was unable to capitalize on set pieces.

City ended the night with 10 shots in total, including two on target, compared to New York’s eight shots and only one on target. Detroit also ended the game winning 61.8% of the aerial duels and had 64 more passes than the Red Bulls.