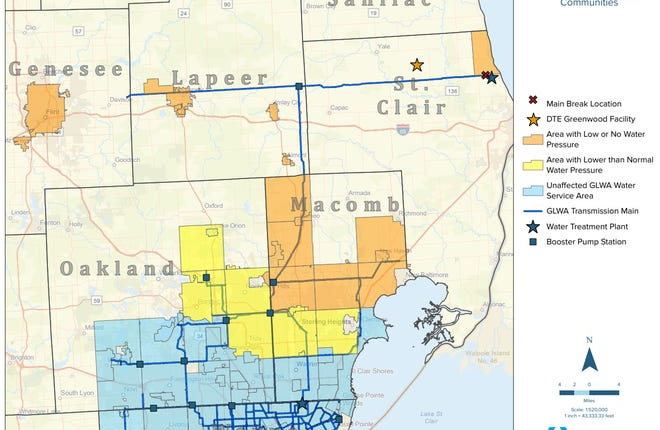 A boil water advisory has been issued for 23 metro Detroit communities, affecting 935,000 residents, after a water main break was discovered early Saturday morning.

Crews have identified the leak to be one mile west of GLWA’s Lake Huron Water Treatment Facility. Once the leak is isolated, crews can establish emergency connections to other mains in the system and restore some water to the affected communities.

The following communities are impacted by the break and have been issued the boil water advisory:

Residents in those affected areas should not drink the water without boiling it first. Residents must bring all water to a boil for at least one minute, then let it cool before using. Boiled, bottled or disinfected water should be used for drinking, making ice, washing dishes, brushing teeth, and preparing food until further notice.

Though bacteria are generally not harmful, according to the GLWA, boiling the water before use will kill any bacteria or other organisms that may have contaminated the water due to the loss of water pressure.

GLWA is investigating the causes of the break, and the advisory will be lifted when a sampling of water determines it safe to drink.