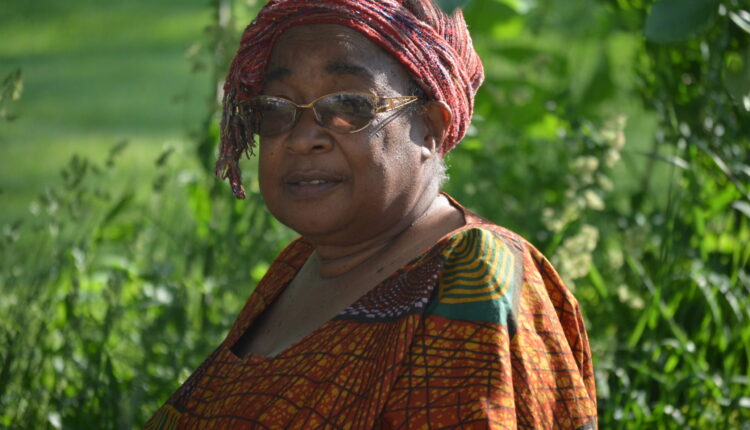 They met under a huge peach tree nestled on a grassy double lot during a sweltering 90-degree evening in Detroit — not the breezy porch of the Mackinac Island Grand Hotel.

It was an annual “Blacinaw Island” meeting in the city’s North End community. The Monday gathering included Detroit activists who reject the objectives of Detroit Regional Chamber’s Mackinac Policy Conference that begins Tuesday up north.

“They have their own agenda and unfortunately, they use people of color as pawns on the chess board to get us to vote or support what they want,” said Glenda McGadney about the 1999 state of Michigan government takeover of Detroit Public Schools that was backed by the chamber. “They don’t represent me.”

On the agenda were concerns about affordable housing, the loss of traditional public schools in the immediate area, and gentrification that have affected the North End and other areas in Michigan’s largest city — one that has a 79% African American majority.

The humble Blackinaw setting — more like a traditional Memorial Day potluck picnic — is much different than the wine, Michigan fudge and hors d’oeuvres that will be consumed by hundreds of business, political and nonprofit leaders on the iconic porch of Mackinac Island’s Grand Hotel this week. The gathering, which has been held annually since 1981, will feature speakers including U.S. Transportation Secretary Pete Buttigieg and a scheduled debate between invited GOP gubernatorial candidates.

Last fall, the Mackinac Policy Conference — which was delayed from May due to the COVID-19 pandemic — made an effort to address issues of equity and racial inclusion. It presented several conference sessions centered on racial diversity, equity and inclusion.

“I’m new to the chamber, and I’m about inclusion,” Dwan Dandridge, Black Leaders Detroit CEO said at the time. He and others biked 377 miles from the Motor City to Mackinaw City to attend the gathering. During the chamber’s 2021 conference, Dennis Archer Jr., chair of the chamber’s Racial Justice and Economic Equity committee, said the chamber is “putting our money where our mouth is.”

But he also challenged the business community to assist Black-owned firms and not offer “lip service.”

This year’s conference also features panels on diversity in the workplace.

“We support any opportunity to gather people together to discuss ideas that advance the region in positive ways, said Catia Sabak, a chamber spokeswoman. “Each year the Mackinac Policy Conference brings together Michigan’s business, government, and philanthropic leaders to discuss how to advance the entire state and drive economic growth. This year it is focused on the business community’s changing civic role in polarized times.”

At Blacinaw, a dozen men and women broke bread picnic-style as the piercing sun began to set and expressed anger and frustration about the lack of responsiveness from local and state officials when to comes support their public schools, their local businesses and fight to have self-determination when comes of corporate-led redevelopment efforts carried out in their neighborhood. “I don’t talk to [Mackinac Policy Conference participants,]” said Agnes Hitchcock, longtime Detroit activist, who hosted the event. “They know what they are doing. I just try to figure out how to give them some heartburn.” | Ken ColemanSo what was their message to Mackinac Policy Conference participants, some of whom represent them in Washington, D.C., Lansing, and Detroit?

Hitchcock, who has continually challenged Detroit Public Schools and city of Detroit leaders since the 1990s to better represent grassroots community people, said that she will continue to rally Detroiters to push back against federal, state, and local policy efforts and decision making that “hurts community people.”

“I don’t talk to [Mackinac Policy Conference participants],” said Agnes Hitchcock, a longtime Detroit activist who hosted the event. “They know what they are doing. I just try to figure out how to give them some heartburn.”