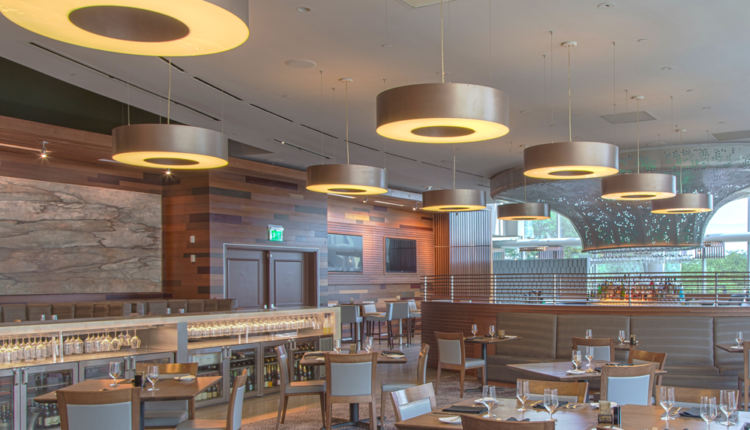 Bar Pigalle, a French-inspired restaurant with a Midwestern twist, has opened in The Carlton Lofts in Brush Park, a fitting location considering the neighborhood’s old nickname of Little Paris. Mixologist Travis Fourmont and sommelier Joseph Allerton, who met at the gone-but-not-forgotten roast, joined forces on this new restaurant, which features interesting takes on French bistro fare such as Coney-style steak frites and French street tacos with vadouvan hummus . The cocktails are equally as creative and unique, including the Byrrh and Tonic, with Byrrh Grand Quinquina, a fortified red wine with quinine, interesting substitution for gin. 2915 John R St., Detroit; 313-497-9200; barpigalle.com

Local noodle favorite Ima has been growing slowly over the years, and now it’s expanded its Midtown home base with its takeover of the former Gold Cash Gold space. The izakaya (the Japanese counterpart to the pub) has some of Ima’s staples, such as chicken karaage, rice bowls, and udon, but now offers dishes like Mini Kurobuta Pork Sausages and Tsukune Chicken Meat Balls from the robata (charcoal) grill and Chilean sea ​​bass and New York strip. 2100 Michigan Ave., Detroit; imaizakaya.com

The Mushroom Hub is planning the grand opening of its first US location this month on Cass Avenue. The shop, which has another location in Windsor, offers all types of mushrooms from frozen and dried fungi (such as dried wild Bosnian porcini and frozen chicken of the woods) to fresh maitake and lion’s mane. And the kingdom is growing: Another location in Royal Oak is coming soon. 4240 Cass Ave., Detroit; themushhub.com

This story is from the September 2022 issue of Hour Detroit magazine. Read more in our digital edition.

Dixon, DePerno and Karamo are ‘threats to democracy’ for 2020 election conspiracies ⋆