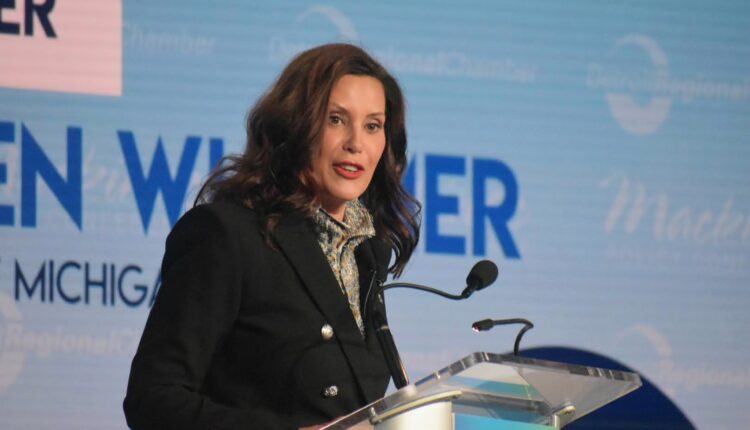 Following a draft decision from the U.S. Supreme Court leaked last month that showed the right-wing-majority court’s intention to overturn Roe v. Wade, the 1973 landmark decision that enshrined the right to abortion in the U.S. Constitution, Gov. Gretchen Whitmer said she is among many Michiganders anxiously awaiting the final decision that could come any day.

“It’s kind of a moment where we’re waiting. But also, we’re not just sitting, waiting. We’re doing a lot of work to prepare and to protect women’s reproductive rights in Michigan,” Whitmer told the Advance in a phone interview Tuesday.

Even before the leaked opinion, Whitmer filed a lawsuit in April that would enshrine the right to abortion in the state Constitution and block the enforcement of the state’s felony abortion ban from 1931 that is still on the books.

The law is currently unenforceable after a Court of Claims judge granted a preliminary injunction in another suit brought by Planned Parenthood.

In Whitmer’s lawsuit, which was expedited to the state Supreme Court through the governor’s executive message power, the defendants named are county prosecutors for the 13 Michigan counties that have abortion clinics: Emmett, Genesee, Grand Traverse, Ingham, Jackson, Kalamazoo, Kent, Macomb, Marquette, Oakland, Saginaw, Washtenaw and Wayne.

Whitmer told the Advance she is concerned about the economic impact an abortion ban would have on the state and families in Michigan, calling the decision to have a child “most profound economic decision a woman will make in the course of her whole lifetime.”

Whitmer has been fighting to ensure that Michiganders have the right to get an abortion long before she took office in 2019, but she faces strong opposition from the GOP majority in the Legislature and is staring down a slate of anti-abortion gubernatorial Republican candidates hoping to unseat her this fall.

She said that because the majority of Michiganders support legal abortion, she is hopeful that will help Democrats in the midterm elections this November.

The Advance also asked Whitmer about ongoing budget negotiations with Republican leaders in the Legislature, but she stayed mum besides saying that she “just had a conversation with the legislative leadership about an hour ago, so it’s an ongoing conversation.”

As Republicans have drafted their own budget proposals, there have been a number of differences with Whitmer’s plan, including injecting language that would restrict abortion access and funding to health care facilities that offer abortion services.

Last week, Whitmer also vetoed Republicans’ tax cut plan to lower Michigan’s personal income tax from 4.25% to 4%, saying it violates the state’s Constitution, another friction point with legislative leaders. Although the state has a more than $5 billion surplus, Whitmer and Republicans appear far apart on budget priorities and tax relief.

The following are excerpts from the interview:

Whitmer: Well, you know, I’m like so many of us anxiously waiting to see what that actual opinion says. We are pulling out all the stops. I’m hopeful that our [state] Supreme Court will move swiftly … get the process moving fast and render a decision on my lawsuit. Obviously, the Planned Parenthood lawsuit was able to at least temporarily pause the 1931 law from going into effect with the advent of the SCOTUS decision, and we are seeing efforts move forward to go to the ballot [through the Reproductive Freedom For All constitutional amendment initiative]. So it’s kind of a moment where we’re waiting.

But also, we’re not just sitting, waiting. We’re doing a lot of work to prepare and to protect women’s reproductive rights in Michigan.

We’re not just sitting, waiting. We’re doing a lot of work to prepare and to protect women’s reproductive rights in Michigan.

: Do you have any plans to take any preemptive action on birth control or LGBTQ+ rights in light of SCOTUS expected to overturn Roe?

Whitmer: We are exploring every possibility where we might have a need and opportunity to solidify and protect rights. I can tell you, you know, any rights that are conferred as a result of substantive due process are now in jeopardy if that decision looks anything like the draft opinion. And so I think you’re asking a really smart question. We’re analyzing all that we can do as a state government to protect women. Ultimately, if there was a Legislature that shared these values, we could have fixed this already. But that is not the case. And that’s why we’ve got to continue to use every tool that I have to protect this right.

: If Michigan does have legal abortion in a post-Roe America is the state prepared to be a safe haven for pregnant people traveling from out of state? Are there resources to help others outside of Michigan?

Whitmer: Currently, women do come to Michigan for reproductive health care from Ohio and Indiana. And so I would anticipate that that would continue to be possible.

: The economy is on the top of everyone’s mind right now with high inflation rates already hitting working families hard. Have you thought of the economic impact for families and pregnant people if Michigan no longer has legal abortions?

Whitmer: Yeah, absolutely. You know, the most profound economic decision a woman will make in the course of her whole lifetime is whether and when to have a child. And as we reel from the disparate impact COVID had on women in the ‘she-cession’, we know that if you want to get women back in the workplace, if you want to make Michigan a place where we can draw and lure and keep talent, women have to be able to make their own health care decisions.

The vast majority of the public respects that and agrees with that, whether they would individually make that choice or not. The vast majority supports a woman being able to make that decision herself. And so there are incredible economic impacts. Whether it is a collective economy or it is a woman and her family’s individual family economy, there will be a profound impact. And that’s why this is such an important right for women, and it’s contributed to women being able to participate in the workforce in the numbers that we have been able to in the last 50 years.

: Does your lawsuit create any challenges for abortion clinics to open in the future in in counties outside of the ones listed in your lawsuit?

Whitmer: No. The lawsuit was directed to prosecutors in counties where there currently are clinics. That was the determination of the best way to proceed. It certainly doesn’t mean that there couldn’t be additional opportunities in the future.

: But if a clinic wanted to open in one of the other counties that aren’t listed in your lawsuit, could the prosecutor in that county potentially charge women for getting abortions [if abortion is not legal in Michigan]?

Whitmer: So we used this lawsuit to get the issue in front of the state Supreme Court. The state Supreme Court will render a decision hopefully, and if they do, it will have statewide implications and applications. So to your question, it wouldn’t have a different impact by county. It’s just for purposes of teeing up a lawsuit, county prosecutors that actually have a clinic were the appropriate defendants for the suit.

: Do you think this fight to protect abortion access will help Democrats in the midterms?

Whitmer: Well, I do think that the majority of Michiganders support a woman’s right to make her own decision. That is true regardless of whether or not it’s a decision they would ever exercise or not. But the majority of us recognize that it’s an important and incredibly personal decision that can only be informed by … a trusted medical provider and made by the woman. And so we are seeing people come into this conversation who maybe weren’t as engaged. And I welcome that, because when the majority speaks, the majority can impact the outcome. Whitmer: There are some that would tell you it is an issue of control. Others will tell you it is motivated by religious beliefs. Regardless, neither of them persuades me that one group of people has the ability to tell another what they can and can’t do with this most personal, most profound health care decision that a woman will face in her lifetime.

: There are thousands of Michiganders who are afraid right now. What would you say to them if you could speak directly to them right now?

Whitmer: Channel that fear into action. Join us. Collect signatures for the petition, make your voices heard, show up at rallies, tell your legislators how you feel, tell your story if you’re comfortable telling a story that maybe would have been impacted by not having rights to bodily autonomy under Roe v. Wade.

I did a roundtable with a number of women in Macomb County, and it was powerful. It was women talking as moms who had to make decisions about what was best for them and for their families. And it’s through that activism that we can protect this right.