Standing on the corner of Bradford Street and Lafayette Avenue NE, Bradford Station can look like a typical three-story housing estate. However, Peter Skornia, President of the Bazzani Building Company, says the building’s design is special from day one.

Like all previous eco-friendly construction projects Bazzani Building Company Bradford Station began by creating a “good thermal envelope” with high quality windows that bring in natural light and plenty of insulation in the walls and roof to reduce heating and cooling losses.

After that, the company tried something new to get closer to CO2 neutrality: It only installed electricity suppliers and devices, as well as fans for energy recovery, which keep the energy out of the stale air they exchange.

(Peter Skornia, President of the Bazzani Building Company, points to a mini-split heating and air conditioning system in an apartment at Bradford Station in Grand Rapids.)

“So if you’ve put a lot of energy into cooling the air in the summer, this energy recovery fan takes up this cooling and cools the hot air that we bring in from the outside so that you always get fresh air, but save energy,” explained Skornia.

Bradford Station’s 22 one-bedroom apartments and one studio apartment each have their own heating, ventilation and air conditioning.

“We did this before COVID, but it will surely help now to get into the reality of wearing masks and be very concerned about air exchange,” Skornia added.

The units on the ground floor have a terrace or enclosed outdoor seating area. The apartments on the second and third floors have sliding glass doors that lead to a balcony.

All apartments have their own washing machine and dryer and have small details such as a heating ventilation opening for the bathroom that warms towels and an electronic door keypad that can be controlled via smartphone. 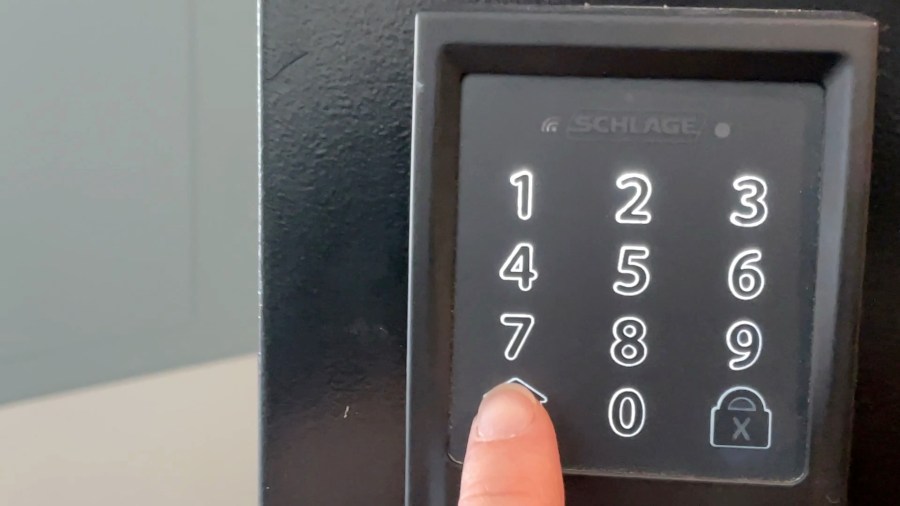 (An April 2021 photo shows a Bradford Station apartment keypad that can be connected to a smartphone.)

“We tried to think about such little details to make life easier and more beautiful,” said Skornia. 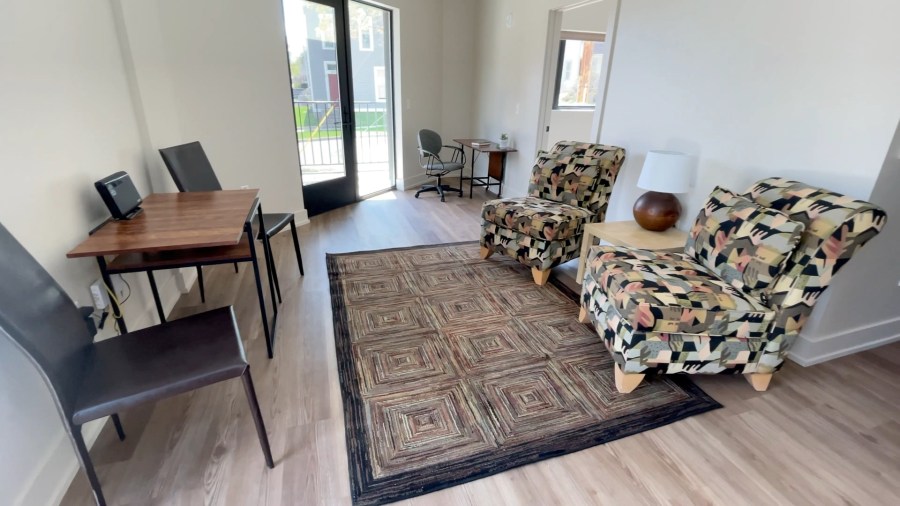 (A photo taken April 2021 shows the interior of an apartment on the first floor of Bradford Station in Grand Rapids.)

“Your employees will all make at least $ 15 an hour. And she just wants to show that you can and you can have a small business, ”said Skornia.

Bradford Station’s commercial one-bedroom apartments cost about $ 1,175 a month and averaging 600 square feet. They offer enough space for a queen-size bed with side tables. 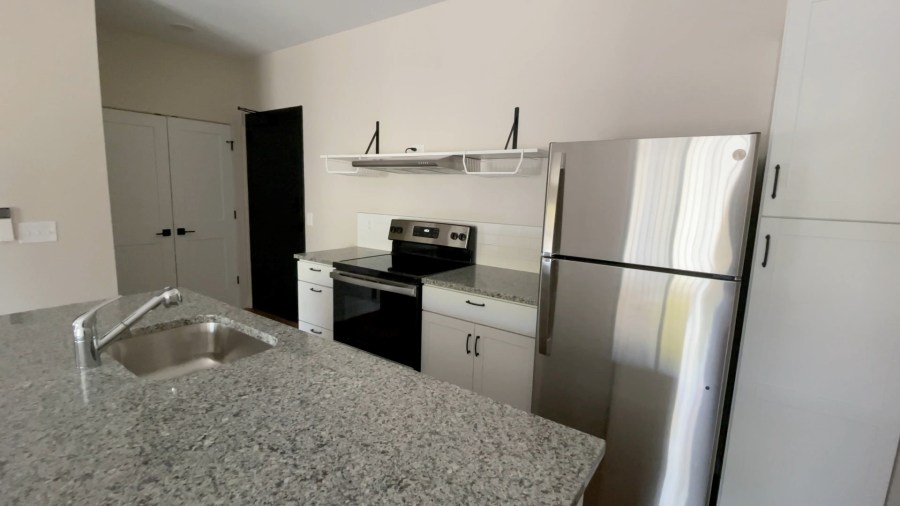 (A photo dated April 2021 shows the kitchen in an apartment on the second floor of Bradford Station in Grand Rapids.)

The kitchens are aimed at environmentally conscious townspeople who regularly visit the nearby farmers’ market and the grocery store stocked with fresh produce. 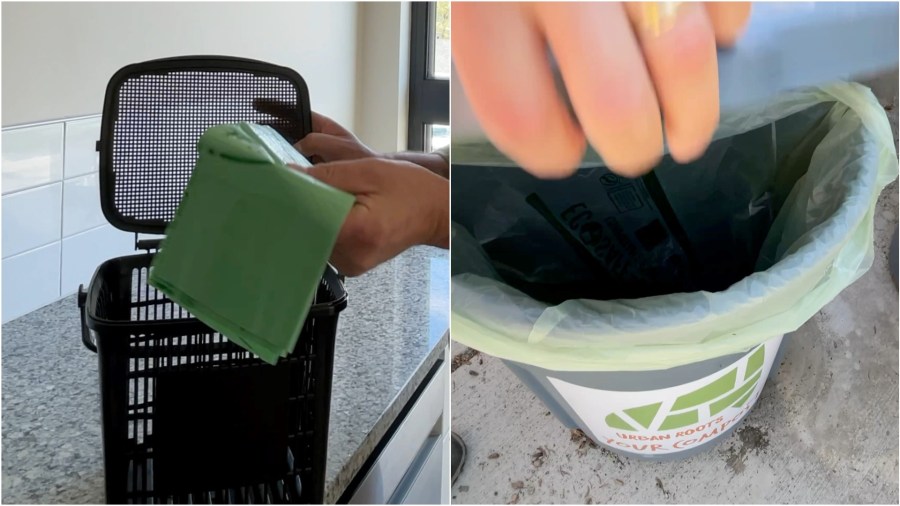 After reducing waste, the next step for Bradford Station is to track the CO2 that is generated each year by the operation of the building. According to Skornia, water and electricity bills streamline the process so facility managers only need to track emissions from maintaining the site, including the hourly use of leaf blowers, lawn mowers and lawn irrigation.

“I equate it with what you would do to set a budget. But instead of measuring dollars, we measure carbon, we measure CO2 emissions, ”Skornia said. “It’s no more complicated than that.”

Bradford Station calculates the emissions and then buys offsets through one International standardization organization certified trading program against the carbon dioxide it generates. These offsets range from reforestation to renewable energy, including wind and solar.

Bradford Station residents are not faced with an emissions cap. The building’s owners hope that usage will be average and that the need for offsets will remain relatively small.

Skornia admits that cultural relocation from home could be a challenge to counteract tenants’ carbon emissions. He says achieving carbon neutrality will be a learning process and will involve ongoing discussions with residents and the community.

“I think we’re seeing results from climate change. We’re definitely seeing seasonal changes, we’re seeing changes in storm activity, pretty well documented. The construction industry and how we live has an impact on it. So I think it’s important to have a carbon neutral building that gives people the opportunity to take that first step in making the real difference, ”said Skornia.

NEXT GREEN STEPS FOR GREAT FAST

Dozens of environmentally friendly projects later, the company shifted its focus from LEED-certified buildings to projects that are ISO-certified for CO2 neutrality.

“It’s much more focused on the day-to-day running of the building. Not just how efficiently you say it will be what the actual results are. And you are persecuted against that standard every year, ”explained Skornia. 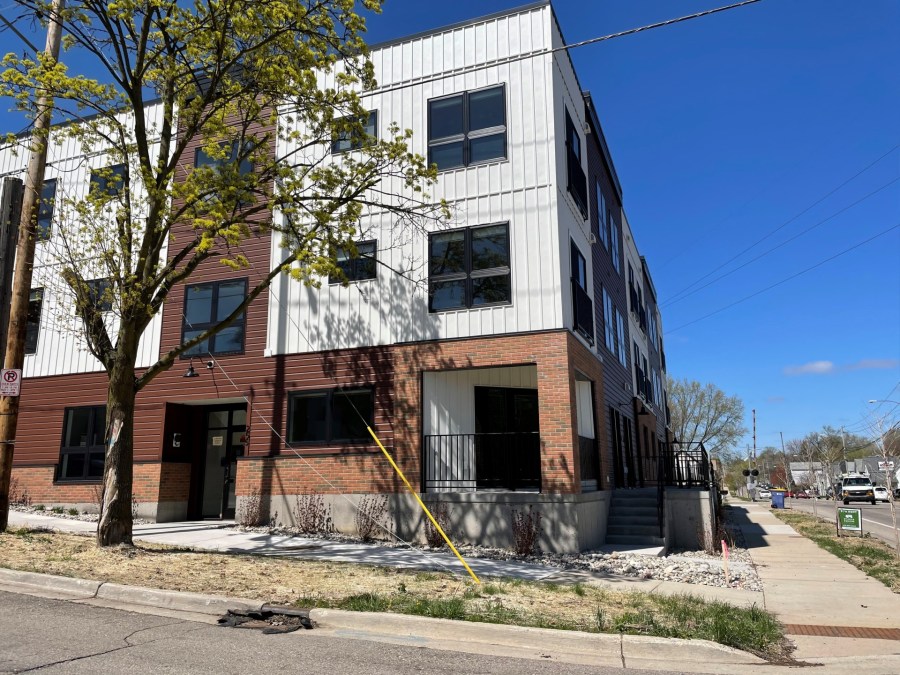 (A photo dated April 2021 shows the Bradford Station apartment complex owned by the Bazzani Building Company on the corner of Lafayette Avenue and Bradford Street NE in Grand Rapids.)

“A part of 2030 district, Grand Rapids has put itself on the map. We’re proud to be a part of it and I think this building in Grand Rapids is working well because of the other things the community has been doing. It’s not a surprise to anyone, it’s not a big change – it’s the next step, ”said Skornia. 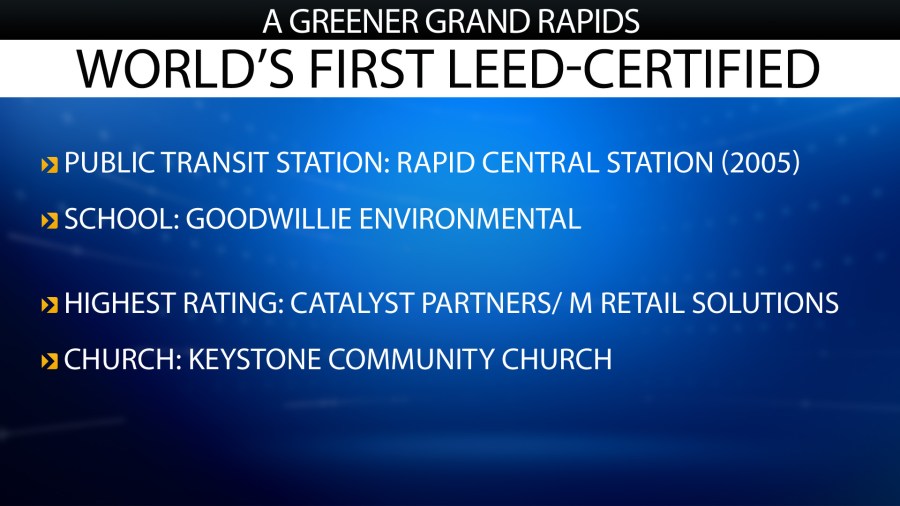 “Dump trucks bring material in and out and diesel fuel and all that. How can we start influencing this change? And then there’s the material … the embodied carbon, which comes in a two-by-four ratio to drywall or brick, ”explained Skornia. “All of these things can be measured, but as an industry we are still at the beginning.

1 lifeless, at least 3 injured after shooting in southwest Grand Rapids