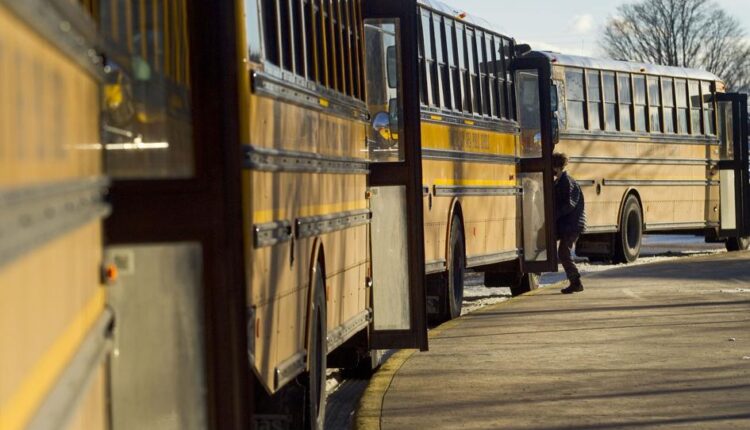 TRAVERSE CITY – The staff shortage caused by the pandemic that nearly crippled the largest school district in northern Michigan could be a thing of the past.

Nearly 80 percent of public school workers in Traverse City Area are now vaccinated against COVID-19 after receiving both doses of the FDA-approved vaccines Moderna or Pfizer. Seventy-two percent of TCAPS employees were vaccinated in two two-day clinics at the Hagerty Center in late January and mid-February, Superintendent John VanWagoner said.

Two weeks after receiving the second dose, district employees no longer need to be quarantined if exposed to the coronavirus. VanWagoner said this will be “a great help” in running the district with the necessary staff.

Cases in TCAPS are still displayed. The district reported 14 school-related positive results in the past week, bringing the total to 112 since the start of the school year. Despite the multitude of cases, VanWagoner said “not many” employees are currently in quarantine – which is helping to allay concerns.

The number of substitute teachers is also increasing. TCAPS operated at a fill percentage in November and December in the high 70s to low 80s, which meant that between 17 and 23 percent of the open faculty had to be filled by other support staff on a day-to-day basis. VanWagoner said the number is now “significantly better” and is around 90 percent.

“Do we have overwhelming numbers? No, ”said VanWagoner. “If we have enough people, we are still on the edge. We are fine, but we would certainly welcome more people here. “

TCAPS officials held several job fairs over the past few months to welcome more people to the district. Cindy Berck, executive director of human resources at TCAPS, said they hired an average of three to five people at each event. Two more are planned for March, including on Thursday from 3 to 6 p.m. in the Boardman’s administration building and another on March 16.

“We had needs across the board,” said Berck, adding that district officials are “heavily recruiting” bus drivers. “If you look at our weekly job postings, we have needs at all levels right now.”

The availability of vaccines should also help.

“We had some retirees who voiced their concern at the beginning of the school year and are now coming in and saying that they are ready to help after the second dose,” said Berck.

Allyson McBride-Culver, president of the Traverse City Education Association, said a survey is being conducted to measure teachers’ feelings about the safety of the school, with the majority of staff now vaccinated. However, McBride-Culver said there were concerns that people now feel a false sense of security and could be eased by personal safety measures such as wearing masks and self-quarantine.

VanWagoner said there is “a sense of hope” in TCAPS after stepping through a large number of cases and quarantines, as well as “a concern of not knowing”. Security measures and mitigation protocols will continue to be applied in full, VanWagoner said.

“It was recognized that what we do as educators is an important part of society,” he said. “Without running schools, it is difficult for all other parts of our society to run too.”

The Michigan Department of Health added only one school in the area, Suttons Bay High School, with five positive COVID-19 cases, to the list of new outbreaks it announced on Monday. Suttons Bay was one of 29 new schools and 141 new cases announced after 20 schools and 81 cases were reported last week.

Lakeland Elementary and Elk Rapids High School, both part of the Elk Rapids Public Schools system, remain on the list of ongoing outbreaks, as does Benzie Central, which was designated as an outbreak site on Jan. 18. Traverse City West Middle School is also an ongoing outbreak.