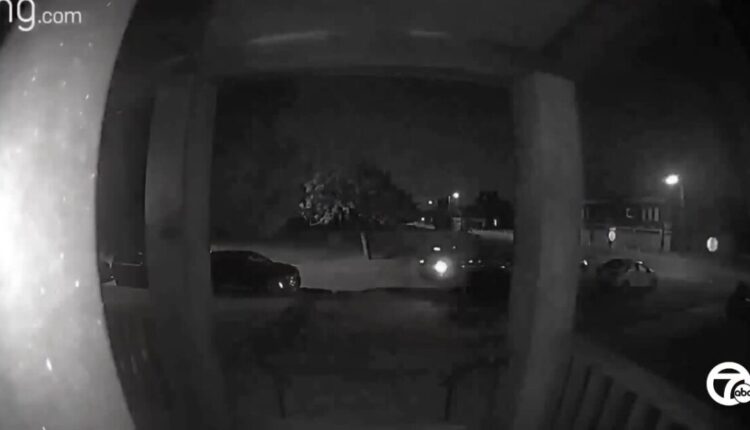 DETROIT (WXYZ) — A Detroit nonprofit was robbed of their truck and dozens of schools supplies over the weekend.

Neal says she parks the truck in a specific spot close to her home because it’s in the direct site of a ring doorbell camera.

When she woke up Saturday morning, it was gone.

“You took a vehicle that is a gateway for a lot of people to receive resources,” Neal said.

The crime may have been random, but what they took served a very specific purpose.

“Because you took that vehicle, a family did not get to eat the other day because they solely rely on groceries. And just to lay it out for you: the people that we service are in serious need,” Neal said.

The nonprofit uses one vehicle to do the bulk of their grocery deliveries and giveaways.

She says sometimes volunteers use their own cars.

“Now they are going in overdrive because I am the main person that does a lot of this stuff,” Neal said.

At the time of the theft, the truck was filled with hundreds of books, 50 backpacks, school supplies and event equipment.

“It was an older (Chevrolet) Trailblazer that my dad purchased for me and mind you, he purchased this vehicle three weeks ago,” Neal said.

The truck is so new that the only picture Neal has of it was taken before it was painted. She says volunteers started calling it “The Hey Ya’ll Mobile.”

An undated courtesy photo of a truck stolen from Hey Ya’ll Detroit, a nonprofit helping underserved communities, before it was painted with the organization’s logo.

She says without the supplies inside, she must cancel several pop-up library events and a book drive.

“The truth of the matter is that I am just really hurt. This is my neighborhood. I moved to this neighborhood specifically because of the need,” Neal said.

Just two weeks before, Neal’s own car was broken into.

She says thieves have hit up and down block.

Neal and other neighbors have reported it to Detroit police.

“Multiple, multiple thefts in one month,” Neal said. “July was also bad, August, and like I said, my neighbor next door to me, five times.”

Neal says in the scheme of things, this is a minor setback.

7 Action News reached out to the Detroit Police Department see if they had any leads, but we have not heard back.

Neal says the truck is a 2004 multicolored Chevy Trailblazer with the Hey Ya’ll logo painted on it.

Hey Ya’ll Detroit is hoping to recoup what they lost. They started a GoFundMe account to raise money for books and a new truck.

For more information on what the nonprofit does visit their Facebook page.