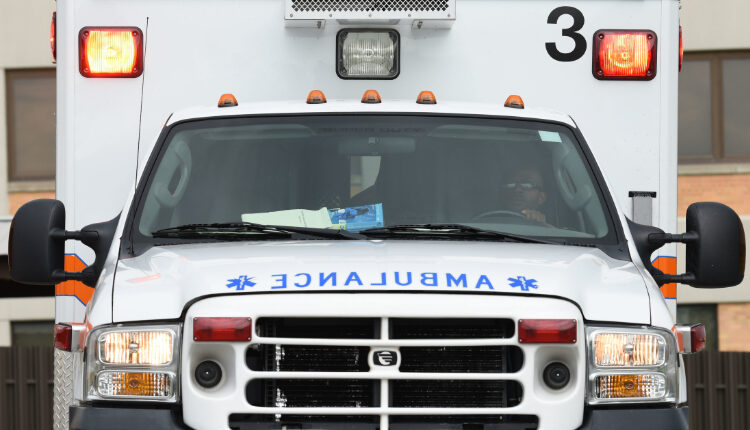 The Record Eagle, Traverse City, Me.

Firefighters in Traverse City are concerned that the city’s outside ambulance company is increasingly leaving them without a backup.

The leadership for Mobile Medical Response has denied any decline in service levels since the company acquired North Flight EMS. But city fire chief Jim Tuller said he is investigating whether the company is honoring its agreement with the city, and the director of Grand Traverse County 911 has also noted issues since MMR and North Flight EMS merged in December.

“So there is some growing pain in this transition, and I think (MMR) is still going through that,” said Jason Torrey, the county 911 director.

As previously reported, both the Traverse City Fire Department and MMR ambulances are responding to medical calls in the city. City paramedics treat anyone who needs MMR to show up. The provider transports patients with TCFD to the hospital as a backup when MMR is not available.

Jacob Steichen, a paramedic with the TCFD and president of the Firefighters Association Local 646, said this has been more common since the merger in December.

“Our ambulance is being used more often than before,” he said. “We are well on the way to double the transports we provided last year if the statistics stay the same.”

The department has already carried out 11 transports since January, Steichen said. That’s because MMR ambulances weren’t available to pick them up.

The department is there to act as a safety net if necessary, but transporting patients can keep firefighters from making other calls, Steichen said – fires, car accidents, water rescues and so on. It’s a problem he wants to address soon that could lead to tragedy if it gets worse.

Jason MacDonald, vice president of MMR Operations, said the company will provide the same level of service as it did before the merger.

Paul Owens, Operations Manager at MMR Northwest, repeated this. He was with North Flight EMS for almost 30 years, around 20 of them in management and the last three as general manager.

“We haven’t changed our operating model in the Traverse City area at all, which means we have the same number of manned ambulances that we had when it was North Flight EMS,” he said.

The Saginaw-based nonprofit’s licensing requires at least one ambulance to be available for emergency calls when others are handling transfers, so transfers between hospitals are not an issue, McDonald said.

Tuller said he is investigating the availability problem. He noted a possible difference in response times since MMR’s acquisition in December and responses to priority three incidents – they’re not technically emergencies like sprained ankles.

He plans to compare city data with that of the EMS service provider to determine if MMR disagrees with the city, including having an ambulance come to Priority One calls within nine minutes – emergencies that are life-threatening or potentially life-threatening are 90 percent of the time.

According to MacDonald, the company has “exceptional” response times for the Traverse City area.

Steichen said he heard that HR issues at MMR could be responsible for unmanned shifts.

Some North Flight EMS employees did not stay with the company after the merger, and MMR faced staffing challenges that made it difficult to fill all shifts, MacDonald said. The COVID-19 pandemic is partly to blame, as is a nationwide shortage of EMS professionals. MacDonald said, however, that the workforce will more or less return to previous levels after the company moved 10 employees, mostly full-time, to the Traverse City area – MMR also serves the Acme, Garfield, Long Lake and Whitewater townships in Grand Traverse Long Lake County plans to set up its own EMS service soon.

It is not easy to keep track of the number of times ambulances are unavailable to respond to calls around town, Torrey said. But he thinks the frustrations of the city’s firefighters are justified.

The problem stems from the merger of North Flight EMS and MMR – any department can become overloaded – and Torrey said he wasn’t sure it got worse. But it doesn’t seem to have improved either.

He also wants to work with the company to improve the speed and efficiency of shipping because ambulances are not always deployed in the county to make emergency calls.

“You could certainly make a lot of improvements by having more units to call and by finding efficient ways to communicate and determining the right unit to answer those calls,” he said.

MacDonald said there are no delays in shipping ambulances and that nothing has changed since the merger other than the operations that were shifted from North Flight EMS shipping in Traverse City to Saginaw.

Owens also said he didn’t see any shipping issues other than a few outliers, like staff with dead radio batteries or simply not hearing a call.

Grand Traverse County 911 also wants information on what ambulance MMR has available and where at any given time, information that, according to Torrey, dispatchers had before the merger but no longer – Owens said this is in the works and some implementation Will take time.

Traverse City’s six-month post-merger contract with MMR to provide these EMS services is kind of a trial period as city officials are considering a future, longer-term contract with the company, said City Manager Marty Coburn.

At the same time, the city was looking into converting its fire department into a transportation company, Colburn said. Consulting firm TriData’s report to the city indicated that it would be an expensive endeavor that would cost up to $ 500,000 for two new ambulances and up to $ 1,548,000 for 11 additional hires.

Colburn said city officials have been investigating various aspects of this possible change since hearing the TriData report in December, and he hopes to see their results by early summer – he couldn’t say if this would come before the MMR’s current contract has expired.

MacDonald said the company was ready to deal with any issues and that Traverse City residents shouldn’t bother with their ambulance services.

“We think our performance is excellent,” he said.

Torrey said he believes the public should always challenge the services they receive.

“You should always question this in relation to public safety to make sure you are getting the best possible service,” he said.