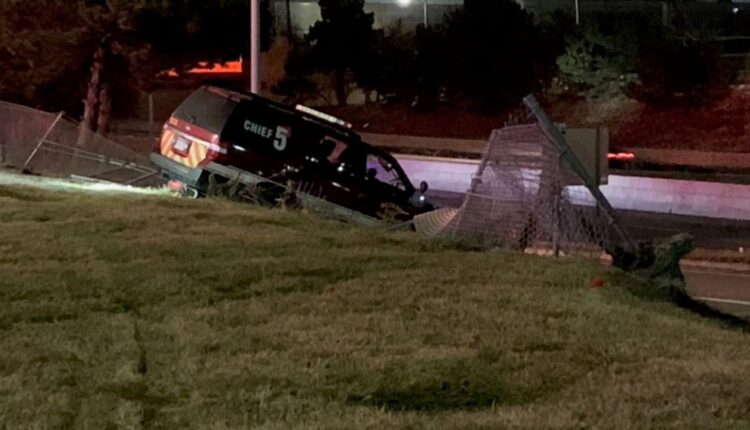 DETROIT – – A Detroit fire chief is under investigation for drinking under the influence of alcohol when he crashed a department vehicle early Monday morning, according to multiple sources.

A Detroit Fire Department vehicle with the Chief 5 sticker on a rear window.

Two sources separately confirmed the news with FOX 2 after pictures appeared showing a vehicle hanging over the Lodge Freeway.

According to the sources, the driver is the head of the Detroit Fire Department and was under the influence of alcohol in an accident.

The crews had made unsuccessful attempts early in the morning to contact the chief by radio. Eventually the employee reacted and fell into a crash on the way.

It’s not clear where the DFD boss was going, but the crash occurred near Milwaukee Avenue.

Post-incident images show a Detroit Fire Department SUV with the “Chief 5” sticker on the rear right window that drove through cable fences on the freeway.

The SUV’s front tires hung over the barrier that separated the road from a hill.

The vehicle was photographed with tires hanging over the Lodge Freeway after crashing through wire fences.

The police blocked several lanes while assessing the situation.

This is a developing story. Please try FOX 2 again later for more information.