The Rotary Club of Lansing continues a 97-year tradition

LANSING, Michigan – Lansing Evergreen Cemetery is one of several local cemeteries that has a longstanding tradition brought to life each year thanks to the Lansing Rotary Club and a special former Rotarian named Frank Loftus.

In 1924, Mr. Loftus began the tradition of bringing a fresh bouquet to a Rotarian colleague. 97 years later, the members of the Lansing Rotary Club continue this tradition.

Katie Krick is a member of the Lansing Rotary Club, which participates in the club’s annual Loftus Day tradition.

“It’s hard to imagine that bringing flowers to a grave could give you something back, and I think when we do good it’s sometimes such an immediate satisfaction,” said Krick to someone who cannot say thank you. But it’s pretty selfless. We can honor them and their memories by coming and remembering how they affected our community. So it feels very unique and sacred. “

Lansing Rotarian Frank Loftus began this venerable tradition in the early 1920s when he brought a bouquet of fresh flowers to a regular club meeting. He then brought the flowers to the grave of Charles Nichols, a recently deceased former Rotarian president.

A longtime grocer and lifelong resident of Lansing, Loftus was known for his compassion and often loaned families in difficult financial times at his Washington Avenue store.

“People leave a legacy and we shouldn’t forget people who have contributed in the past,” said Person. “And we also let some family members know that we were here and visited their family grave. I asked someone, ‘Hey, take a picture because I want to send it to a daughter to know that, you know, she is one of the former Rotarians. 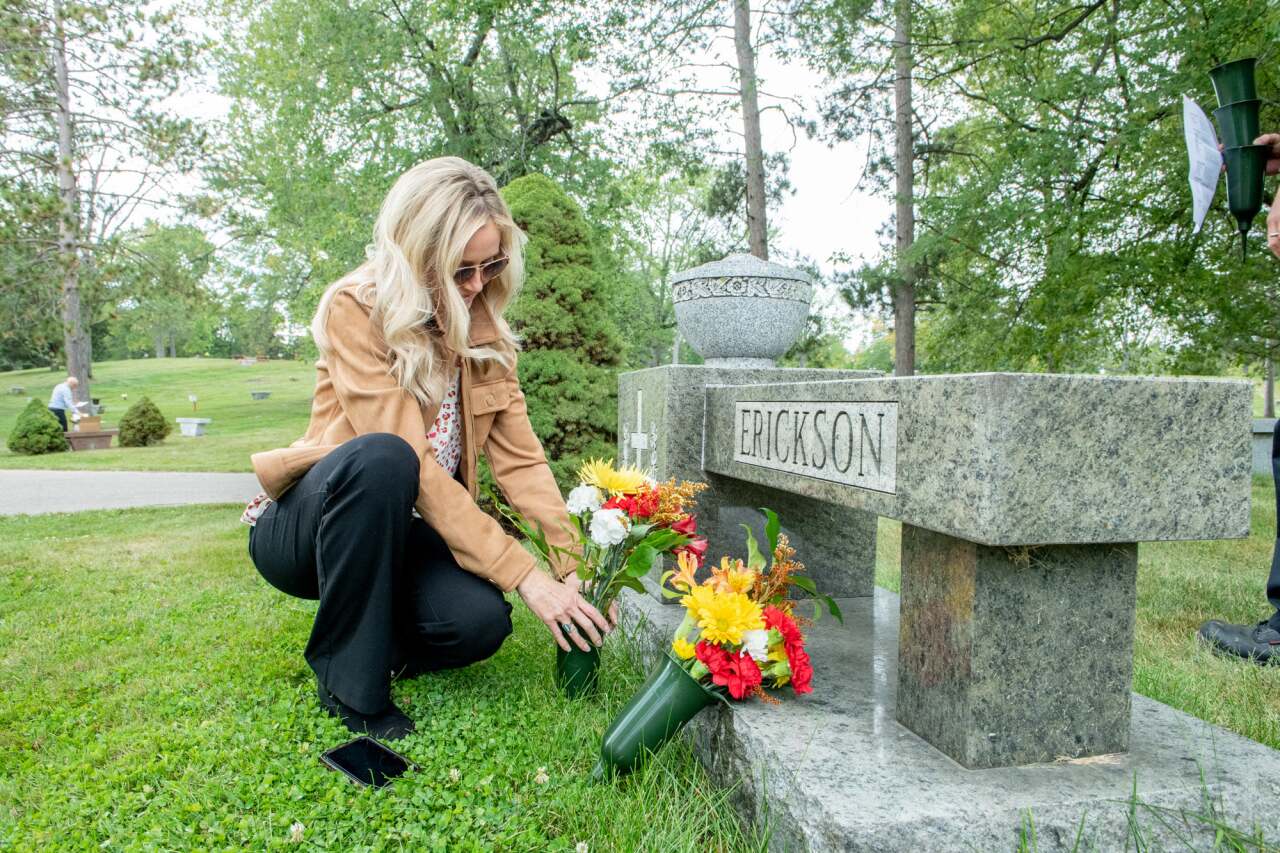 “We have some great historical figures who have been part of this club; Michigan State University presidents and others who have contributed so much to Greater Lansing and the world through their participation in Rotary, Swope said. “It just feels good to give back to honor their families and to honor their memories.”

The Rotary Club of Lansing is part of Rotary International. Rotary is an international service organization that aims to bring business and professional leaders together to provide humanitarian aid and promote benevolence and peace around the world.

The Rotary Club of Lansing is the only known Rotary club in the world that annually honors club members who have passed away as a group.

Rotarian Kelly Ellsworth Etchinson says she is also proud to be a Rotarian for Lansing.

“The thought of someone honoring me this way 97 years from now is really heartwarming,” said Etchinson.

This week’s good neighbors are the 200+ members of the Lansing Rotary Club who carry on nearly a century of tradition and honor former members who made Lansing and the world a reality.

Schools in Lansing are canceling Halloween and Valentine’s Day