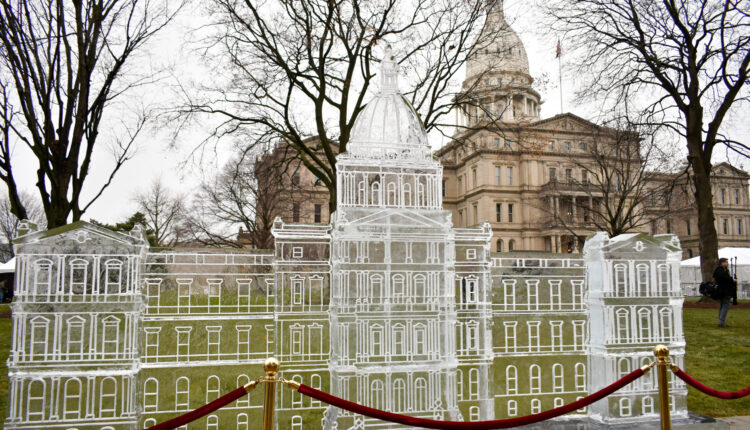 State has huge $9.2B surplus to help navigate a likely economic downturn ⋆

The top takeaways: Michigan continues to recover well financially from the COVID-19 pandemic, but a mild recession in the coming year should be expected.

“We have received positive news today,” state Treasurer Rachael Eubanks told reporters after the conference. “ … Today’s numbers show that Michigan’s continued strong recovery from the pandemic-driven recession … has translated into strong revenues that have once again exceeded expectations.

“[But] there is uncertainty in the near term. The presentations we heard today indicate an expectation for a mild recession in the year ahead. As the economy moves into this next chapter, we need to be cautious and deliberative in our policy choices,” Eubanks said.

The new numbers released Friday indicate that Michigan has a surplus of $9.2 billion, which includes $5.8 billion in one-time money and $3.4 billion in ongoing funds. This is expected to help the state navigate through the projected mild economic downturn that could come later this year. Republicans have been raising concerns about a recession since last year.

“I feel rather optimistic seeing these numbers,” state Budget Director Chris Harkins told reporters. “I think we see … the potential for some recession in the forecast, but it’s mild. And all three of our agencies look forward [to] see continued growth for the state over the coming trend years, and I think that shows us a lot of positive outlook.”

During Whitmer’s first term, she clashed with the GOP-led Legislature over the budget several times, as they differed on infrastructure, health care, environmental and education priorities. With Democrats in charge of both the House and the Senate this session — combined with a giant surplus — negotiations are expected to be far easier this year.

Sales tax growth was huge in 2022 because of high inflation, exceeding previous estimates by about $485 million. Inflation remains high at 4.6% currently but is expected to slow over the next three years to 2.7% in 2025.

Michigan’s wage and salary income growth is expected to grow in line with the national average, while the state’s unemployment rate is forecasted to trend slightly above the national rate through 2025.

Something experts noted Friday is that 2023 is the first year that the income tax rate will be reduced if GF/GP revenue growth exceeds defined levels. This is due to Public Act 180 of 2015, signed by former Gov. Rick Snyder, which amended the Income Tax Act.

The impact of this possibility has not yet been calculated, as fiscal experts are still waiting for numbers in the state’s Annual Comprehensive Financial Report to do so.

But adjusting the Earned Income Tax Credit (EITC) would not affect these numbers, officials said. Bills were introduced this week in both chambers of the Michigan Legislature to boost the state’s EITC. Whitmer has voiced her support for the new Democratic majority-sponsored measures that lawmakers have been trying to pass for years without a deal with GOP leadership.

Until the next CREC in the spring, experts will be monitoring inflation, consumer spending and other variables to see if anything shifts.

The Lansing-based Michigan League for Public Policy (MLPP), which released its own 2024 state budget priorities Friday, heralded the CREC news Friday as an opportunity for strategic investments in effective programs like the EITC.

“Today’s estimates highlight some risks in the forecast, and concerns over an economic contraction show the need to invest now in effective programs — like the EITC — that help keep working Michiganders and families afloat,” said Monique Stanton, MLPP president and CEO.

“Despite high tax revenues last year, a 2015 law requiring an income tax rate cut when general fund revenue substantially exceeds inflation may have been triggered, which would make it more difficult to pay for the goods and services our communities need in the coming years. So as policymakers work to craft their budgets in the coming weeks and months, we hope they’ll put the people they serve, not wealthy corporations, at the center of their work,” Stanton added.

I-75 closing this weekend in Detroit: What drivers should know