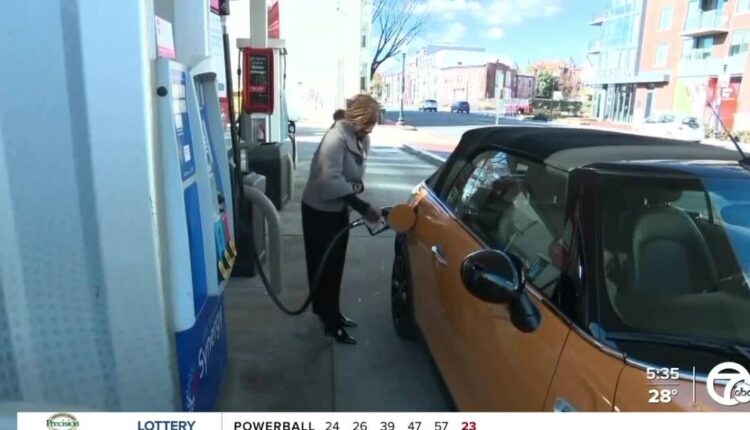 (WXYZ) — Gas prices in metro Detroit are on the rise once again.

In metro Detroit, the average price of gas sits at around $3.34 a gallon according to AAA. That’s up more than 30 cents in the past month.

Experts say higher demand and tighter supplies are fueling the rise in prices.

But despite the current uptick, one expert says overall, it will be cheaper to fill up tanks this year.

“It’s not going to be a record-setting year in 2023,” Patrick DeHaan with Gas Buddy says.

But that doesn’t mean gas will be cheap.

“The yearly national average in 2022 was about $3.96. We expect that to be a little lower, $3.49 a gallon in the year ahead. But, there still may be some painful moments with prices surpassing $4.”

According to Patrick DeHaan, drivers can expect to see $3 prices through the spring because that’s when demand reeves up and the oil blend gets’s pricer.