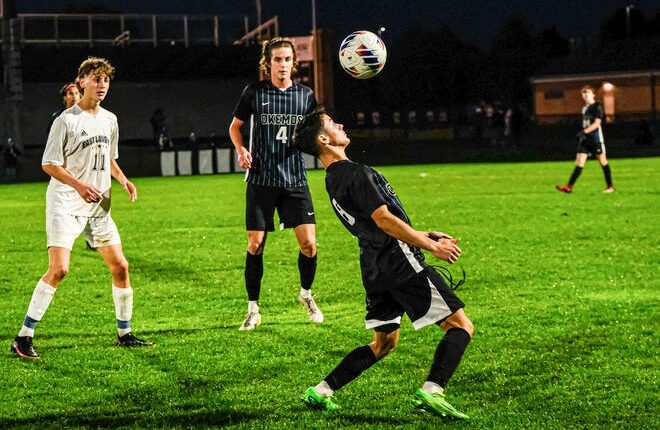 The Okemos and Lansing Christian boys soccer teams spent a majority of this fall featured in the state rankings.

Some of the key individuals who impacted that success are among the players from Greater Lansing named all-state by the Michigan High School Soccer Coaches Association.

Midfielder Owen Resch was among four players from Lansing Christian recognized in Division 4 and was a first team selection. Forward Elijah Ellis was named to the second team, while goalkeeper Brady Carmichael and forward Tyler Kendrick were honorable mention selections.

DeWitt, which tied for the CAAC Blue title with Okemos and won a district championship, had five players honored in Division 2. Midfielder Lucas Perez was a first team selection to lead DeWitt, while Ruslan Masalitin and Brayden Powers were named to the third team. The Panthers also had a pair of honorable mention selections in goalkeeper Jackson Janderwski and defender Caiden McDonald.

Mason captured a district title and had four players recognized. Midfielder Lucas Nay was named to the first team and forward Blendi Jahiri and goalkeeper Dominic Casali were honorable mention selections in Division 2.