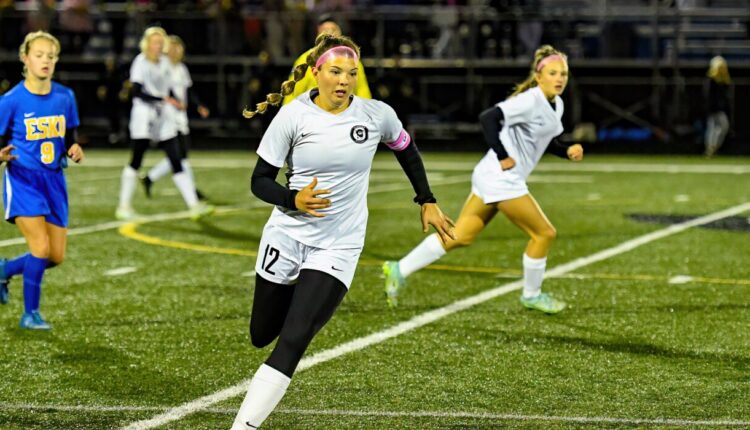 CLOQUET — It would be really easy for Cloquet-Carlton to look past Grand Rapids in the Section 7AA title game Tuesday in Grand Rapids.

The Thunderhawks have never advanced to the title game section, while the Lumberjacks are looking for their third straight win.

It would be really easy to look past them except for the fact that Grand Rapids rallied to beat the Lumberjacks 3-2 in their previous meeting and ended their 10-game win streak.

Cloquet-Carlton coach Dustin Randall said with wins over some very good teams, the Lumberjacks may not have taken the regular season matchup as seriously they should have.

“We had this confidence about us that maybe wasn’t quite earned yet,” Randall said. “All of a sudden, we’re behind and we’re struggling a little bit and they had a real weapon. We were trying to figure things out and we weren’t playing at the proper intensity, and it was a wake-up call for us.”

Amy Arntson / For the Pine Journal

Grand Rapids’ “weapon” is senior forward Abbey Birke. Birke brings plenty of energy and leadership to the Thunderhawks, according to coach Brooke Moses, but with 15 goals and seven assists she also has the soccer skills to lead her team to the state tournament.

“She’s constantly uplifting her team by continuing to push herself,” Moses said. “She has incredible foot skills, she’s got incredible one-on-one skills. She’s essentially able to take on anybody and get past them, she’s very skilled in that way.”

On the other hand, the Cloquet-Carlton defense has been nearly as good as it was last season when the Lumberjacks made a run to the state semifinal at US Bank Stadium. Cloquet-Carlton (14-3-1) has allowed just eight goals and has nine shutouts through 18 games in 2022, an impressive feat for a team that lost its entire group of defenders from last season. 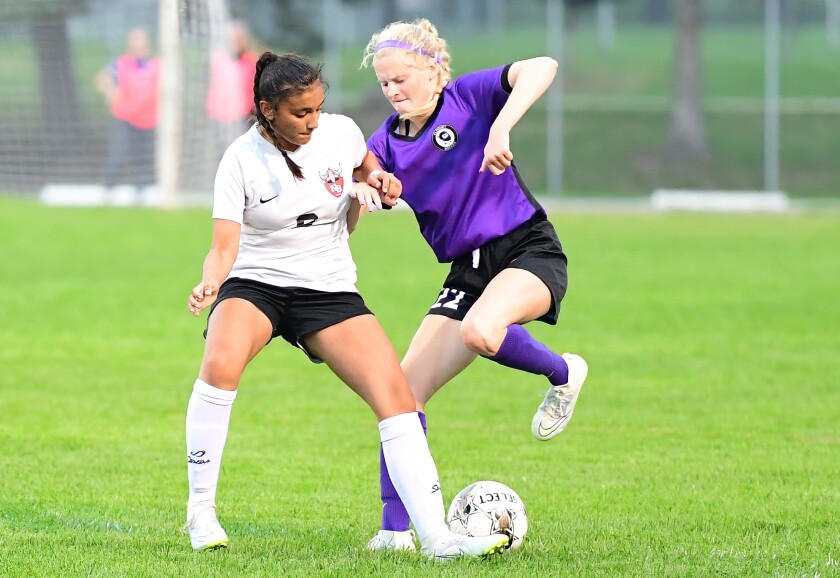 Cloquet-Carlton senior Macava Smith (No. 22) works to get the ball away from North Branch’s Sharleen Garcia Velazquez during the Lumberjacks’ home win Monday, Aug. 29, 2022.

Amy Arntson / For the Pine Journal

“They hold us together so well in the back,” senior captain Macava Smith said. “They know how to read the balls perfectly, they are first to the ball all the time. Even though they’re young, they’re just so ready to come out and play.”

The Lumberjacks have allowed more than two goals only once this season, during the loss at Grand Rapids. That loss was crucial because not only does Cloquet-Carlton have to play the Thunderhawks again, the earlier loss gave Grand Rapids (12-3-1) the top seed in the section — also a first for the program — and home field advantage throughout the tournament.

The Thunderhawks are excited to be in the game, but they are prepared for the best the Lumberjacks have to offer. 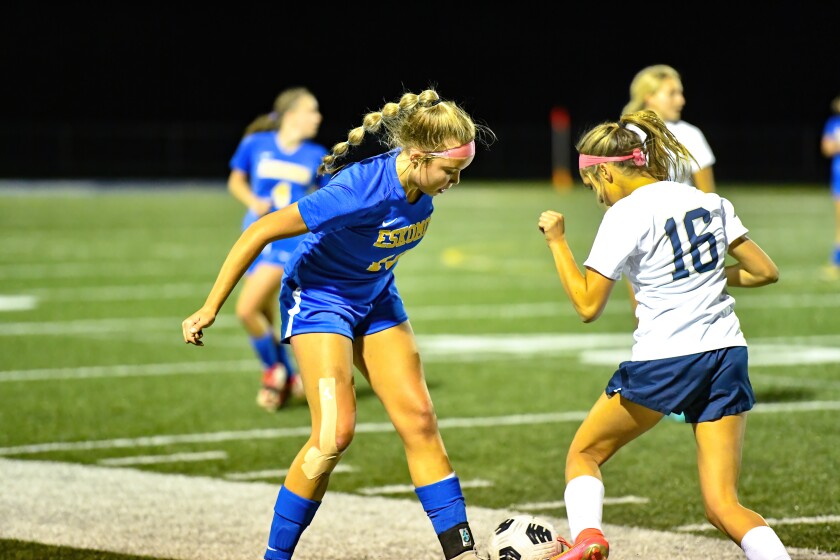 Esko’s Whitney Hanson (left) and Danika Bolf of Hermantown battle for possession of the ball during a Thursday, Sept. 29, 2022, match at Esko Stadium Field.

With 11 shutouts and just 11 goals allowed through 17 games, the Esko defense has been as good as almost any in the state.

The Eskomos are currently ranked eighth in Minnesota and haven’t lost to a Class A opponent all season.

One of the reasons for Esko’s success is their growing ability to switch formations before or even during games this season, according to first-year coach Sharon Lahti. Historically, Esko plays a 4-4-2 formation, but the ability to adapt and change things has been key. Hermantown’s Kacey Zierden (left) and Esko’s Avery Kuklinski via for a header during a girls soccer game on Thursday, Sept. 29, 2022 at Esko.

Almost half of the 11 goals Esko has given up this season were in a 5-2 loss to defending Section 7AA champion Cloquet Aug. 30, but the Eskomos played the Lumberjacks to a scoreless draw in the regular season finale Oct. 6.

The Eskomos beat Spectrum 5-2 in their game Sept. 10 in Elk River, but that doesn’t mean they are looking past the Sting.

“We came out on top, but that doesn’t mean anything to us,” junior Gwen Lilly said. “We’re just hoping to come out and play hard.”