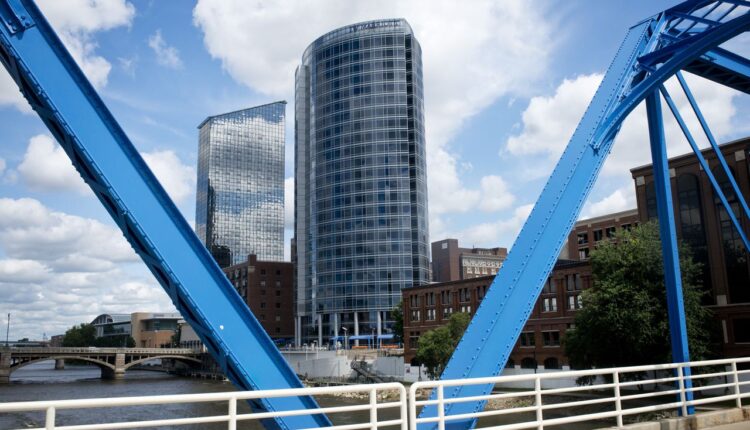 GRAND RAPIDS, MI — Economic development group The Right Place has developed a plan to strengthen the region’s tech sector with a goal of adding 20,000 jobs over the next decade and transforming the area into a major, Midwestern tech hub.

“Tech hubs have become the modern engines for economic growth, spurring advancement and prosperity within their communities,” Randy Thelen, President and CEO of The Right Place, said in a press release.

“Our regional businesses are driven by technology, and we believe it is our next big opportunity. This collaborative plan offers a detailed roadmap to achieve our community’s bold vision and make it a reality.”

The plan was developed based on six months of research and planning with leaders from the business, community, and education sectors.

Its findings are grouped into three broad areas: increasing the pipeline of skilled tech workers, creating an environment where tech workers and entrepreneurs can thrive, and attracting new tech companies while growing existing ones.

As part of the strategy, The Right Place is launching Grand Rapids Tech Week on Sept. 21-24. It will feature a host of events designed to showcase the region’s tech industry.

In addition to adding 20,000 tech workers, the goal is for the tech sector to comprise 10% of the Grand Rapids region’s employment in 10 years. Now, the tech sector encompasses an estimated 6.1% of the region’s workforce, according to The Right Place.

Thelen said he believes Grand Rapids can meet that goal — though it won’t be easy.

He likened it to the effort launched in the 1990s to develop what’s now the region’s bustling health care industry along the Medical Mile.

“This is not going to happen without a high degree of focus and intentionality, and bold action,” he said. “We’ve set the goal, we’ve set the strategy, and now we all have to do our part to work towards it.”

Currently, the percentage of workers in the Grand Rapids region who are employed in the tech sector trails at least two other prominent Michigan cities home to large, research universities.

When researching the report, Thelen and his colleagues looked at growth in the tech sector in Denver, Austin, Salt Lake City and Nashville. The idea was to “stretch our thinking and be aspirational,” he said.

“You look at Denver, Austin and Nashville — they weren’t tech hubs 15, 20 years ago,” he said. “But they’ve found themselves, or positioned themselves, as such now. So, that’s where we were really looking to draw inspiration.”

The Right Place’s report took a broad view of the tech sector, including everything from electronic record keeping to cyber security, cloud computing, artificial intelligence, information technology, and more.

Thelen said he wasn’t immediately sure what biggest tech companies in the region are.

But, since technology, to some extent, already permeates every industry, he said his guess was that the list would include large employers such as Spectrum Health, Meijer, Amway, Steelcase, Acrisure, and more.

Looking forward, a lot is at stake as the region seeks to strengthen its tech sector, Thelen said.

“The upside potential is a more robust, resilient, diversified economy that’s providing even more great jobs and stronger businesses for the region,” he said. “The downside is we don’t develop the talent and we don’t create the ecosystem and we don’t grow the tech jobs that then cause our young people to find jobs in other markets and they move.”

Moving forward, Thelen said The Right’s Place’s board and its tech council will monitor progress toward hitting the job goals. An annual report on the matter will also be issued, he said.

Thousands of Michigan third graders could have to repeat a grade, new data shows