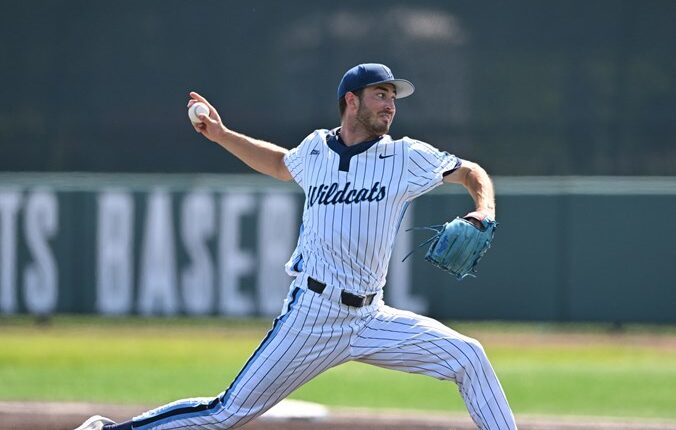 VILLANOVA, Pa. – For the third time in two consecutive seasons, a Villanova pitcher was selected in the Major League Baseball Draft with Cole Patten being chosen by the Detroit Tigers in the 17th round with the 507th overall pick.

Patten was a hallmark among starting pitchers for the Wildcats in his first year with the team after transferring in from Seton Hall and was a consistent member of the group’s weekend starting rotation throughout the 2022 season. He is the 72nd Wildcat overall to be selected since the draft began in 1965 and the fifth pick in head coach Kevin Mulvey’s six-year tenure.

“Cole is a very dedicated individual,” Mulvey said. “His success comes at no surprise. He is a highly motivated and intelligent baseball mind with a hunger to improve in all ways. We are certainly proud of his accomplishments and happy for his success.”

Cole Patten gets the call from the @tigers in the 17th round!#GoNova | #DetroitRoots pic.twitter.com/clJJ7PJGek

Villanova’s storied history of developing pitchers lives on with Patten’s selection as six of the last seven Wildcats called in the draft have been hurlers, four of those in the Mulvey era. He is the third consecutive Wildcat pitcher to be drafted after Gordon Graceffo and Jimmy Kingsbury were picked up by the St. Louis Cardinals and Seattle Mariners in the fifth and 17th rounds, respectively, in 2021. Hunter Schryver started the professional pitching carousel for the Mulvey Years back in 2017 when he was selected by the Tampa Bay Rays in the seventh round of the 2017 draft.

The Manasquan, NJ native started in 13 of his 14 appearances throughout the season. He led the team with a 3.98 ERA and 1.30 WHIP through 86.0 innings pitched, the fourth-most among BIG EAST arms this season. Opposing batters were held to a .250 average against him, striking out a team-high 77 of the 374 batters he faced along the way and allowing 30 walks. A three-time selection to the BIG EAST Weekly Honor Roll throughout the year, he closed the campaign with a 3-7 record, 2-3 in league action.

The right-handed pitcher tossed eight innings twice throughout the 2022 campaign, tying for a team-high mark this season. Both outings came in one-run fashion. He fanned nine batters at Georgia State on March 5, also marking a season high.

Patten came to the Main Line ahead of the 2022 campaign from Seton Hall where he had pitched three seasons with a 2-5 record with a 4.85 ERA. With the Pirates, he made 27 appearances on the mound with five starts. Through 52.0 innings of work, opposing batters hit at a .240 clip against him, averaging 9.2 strikeouts per nine innings and giving up just 11 extra-base hits to the 237 batters faced.