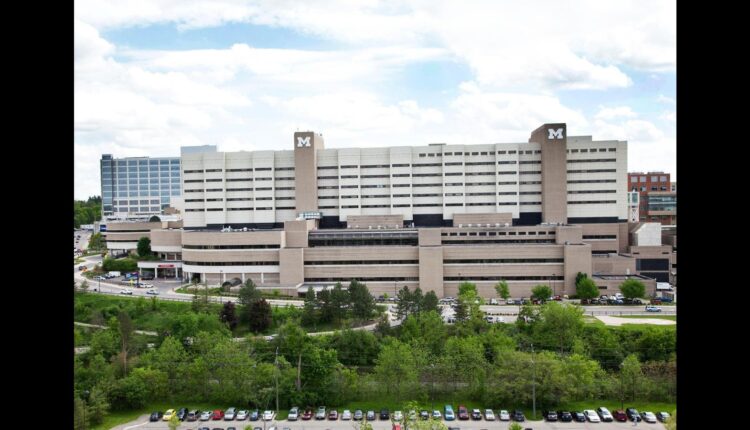 Ann Arbor-based Michigan Medicine and Lansing-based Sparrow Health jointly announced a proposed merger agreement on December 8 that will take effect in the first half of 2023.

The Sparrow Health board of directors approved the deal on November 28 and the University of Michigan Board of Regents, the management body responsible for the university health care system, approved it on December 8.

In the corporate-speak that serves to conceal the financial interests driving the deal, a press statement said: “Sparrow Health System will join University of Michigan Health under a proposed agreement that will expand services to mid-Michigan residents, provide access to the highest level of care, improve facilities and technology, and begin a new chapter in Sparrow’s storied history.”

What the press release does not explain clearly, however, is that Michigan Medicine is taking over Sparrow Health, a hospital system that has been serving the Lansing and mid-Michigan region for the last 127 years. Michigan Medicine will spend $800 million to acquire 115 care sites currently operated by Sparrow Health, including six hospitals that range from Ionia in the northwest, Charlotte in the southwest and Carson City in the north, and within the city of Lansing, the capital of Michigan .

In a report in Crain’s Detroit Business, Marshal Runge, CEO of Michigan Medicine and dean of the UM Medical School, said that “two-thirds of the investments will be in facility improvements and the last third will go to ‘substantive’ capital investments, such as new buildings and large technology investments.”

Michigan Medicine CEO Runge is currently the highest paid University of Michigan employee, with an annual salary of $1.57 million.

The merger announcement comes approximately 10 weeks after a months-long contract struggle by 6,000 nurses at Michigan Medicine was betrayed by the Michigan Nurses Association (MNA) and its Ann Arbor affiliate, the University of Michigan Professional Nurse Association (UMPNC).

While the Michigan medicine nurses voted overwhelmingly for strike action to win their demands for an end to mandatory overtime and extended on-call hours, the union refused to take strike action and worked directly behind the scenes with hospital management to force through a contract that resolved none of the nurses’ issues.

Throughout the contract fight, the MNA-UMPNC told nurses to place confidence in the UM Board of Regents and the Democratic Party to address their intolerable working conditions, instead of relying on their own independent strength in mass action and the support of health care workers, Autoworkers and other workers across Michigan, the US and internationally to fight for their interests. 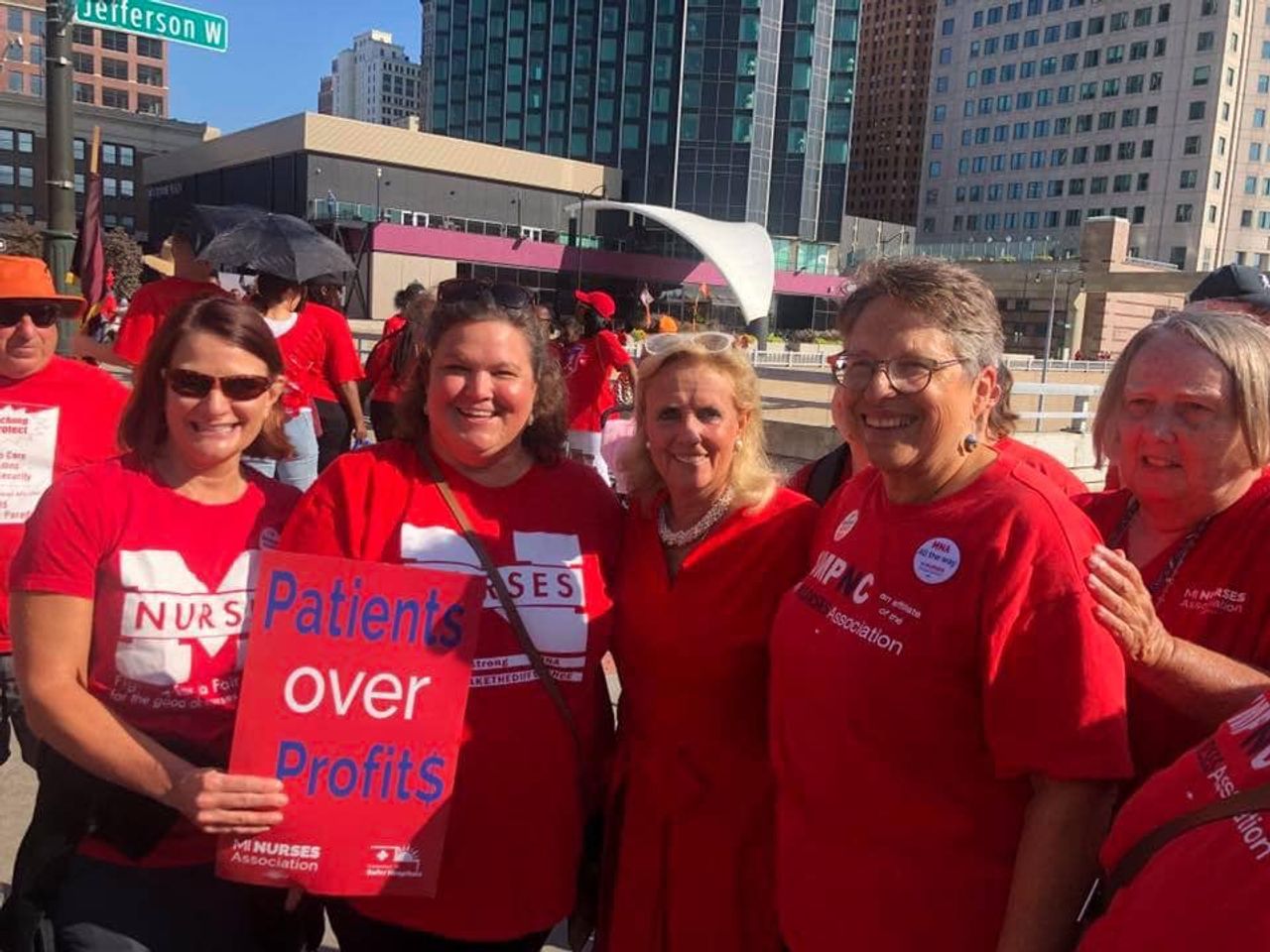 The WSWS Health Care Newsletter explained the need for nurses and other Michigan Medicine workers to establish a rank-and-file committee to take the contract negotiations out of the hands of the MNA-UMPNC bureaucrats and put the workers in control, and link up their struggle with the struggles of health care workers facing the same problems all over the country and in other countries.

Now, it is clear that Michigan Medicine management and the Board of Regents were preoccupied with working out their strategy for expanding the hospital, increasing its market share and driving up its financial performance.

The merger of the two hospital systems in Michigan is part of the process of consolidation of the health care services industry into large enterprises worth tens of billions of dollars. With the addition of over 700 beds from Sparrow in mid-Michigan to its nearly 1,200 beds in the southeast region, Michigan Medicine will grow and move closer to becoming the largest health care system in the state. It is expected that the combined revenue of the two merged organizations will reach $7 billion annually.

With plans to spend another $1 billion on a new 12-story, 264-bed hospital adjacent to its existing hospital in Ann Arbor, Michigan Medicine is poised to overtake the recently renamed Corewell Health, a merger of Spectrum Health in Grand Rapids with Southfield- based Beaumont Health that took place last February, as the largest health care system in the state.

As one worker told the World Socialist Web Site, “Michigan Medicine is merging with Sparrow, but they say there is ‘no money’ for raises. This was a move against Beaumont, since they bought Spectrum.”

The worker explained that the expansion of the Ann Arbor health care system has been made possible through intensified exploitation of its workers. “Michigan Medicine is a political powerhouse that doesn’t pay its employees. I could have a pension. They’re talking about $2 raises.”

He added, “Health care is used to make money for the institution. For newer employees they brought the bottom up, but continued mandatory overtime with nurses. Then we get thousands of propaganda emails by the administration.”

The worker shared an email that was sent to the Michigan Medicine staff, which said that talks for the creation of a statewide health system began in mid-2021, which means that the merger negotiations were taking place throughout the nurses’ contract struggle.

The blocking of strike action by the nurses and subsequent sellout agreement pushed through by the MNA-UMPNC was a critical factor in the University of Michigan’s ability to proceed with strategic plans that were concealed from the nurses and employees.

It is highly unlikely that the MNA—which represents nurses at both Sparrow Health and Michigan Medicine—was unaware of the negotiations for a merger during the summer and fall, while it was isolating and selling out the Michigan Medicine nurses.

Michigan Medicine began its relationship with Sparrow Health in 2019 by collaborating in offering pediatric services. Since then, Sparrow Health has been described in the business press as “struggling.” Last September, it laid off hundreds of employees after it recorded a $90 million deficit in the first half of 2022.

This will be the second acquisition of another hospital by Michigan Medicine, an ostensibly public and not-for-profit health care system, in the past two decades. When the Ann Arbor hospital was called UM Health System, in 2009, it signed an affiliation agreement with Metro Health Corp. in Wyoming near Grand Rapids. In 2016, Metro Health merged with Michigan Medicine and was renamed University of Michigan Health-West, with a 208-bed hospital and 30 ambulatory and outpatient centers in western Michigan.

Sign up for the WSWS Health Care Workers Newsletter!