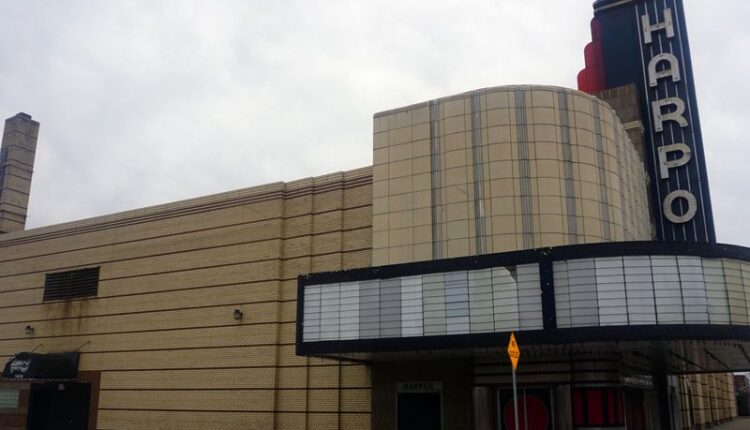 Masks will be required for entry when the Harpos Concert Theater reopens this spring – not the crazy kind Slipknot’s singer might wear when he takes the stage there on June 11th.

Corey Taylor’s concert, announced on Wednesday, will be the first at the iconic Detroit venue since mid-November 2019, a few months before COVID-19 engulfed the nation and halted face-to-face gatherings. Taylor’s CMFTour is said to be among the first national acts to hit Metro Detroit. Numerous other artists who have met tentative dates during the spring and summer in Michigan and elsewhere will look closely.

Harpos typically has more than 2,000 people in eastern Detroit, but it will likely have limited capacity and will lack many of the hallmarks of a traditional heavy metal show. There won’t be crowd surfing, stage storms, or mosh pits – more like mosh pods and a psychosocially distant experience.

“To be honest, I’m nervous,” said Ruzvelt Stevanovski, who bought Harpos five years ago but has been in the business for 40 years. “I got the ball rolling, man … 2019 was a successful year. Most of the shows were sold out. We had the momentum until this happened. It’s like we’re starting all over again.”

Many local promoters had the same feeling over the past year of being frozen in time, not knowing when they might reopen or survive that long.

DTE Energy Music Theater, the 15,300-seat amphitheater in Clarkston and symbol of summer, has been empty for a year and a half, but its books remain full. James Taylor and Jackson Browne will play there on June 12th, kicking off a season of big shows that include Dave Matthews, Steely Dan, Steve Winwood, Santana, Ted Nugent, Kiss and Alanis Morissette, among others. The Michigan Lottery Amphitheater at Freedom Hill in Sterling Heights has a slew of shows planned as well.

According to industry observers, part of the schedule is likely to be postponed, as it did in 2020. Shows in the second half of the calendar have a better chance of moving on.

“We’re basically on hold,” said Scott Hammontree, co-owner of the Intersection at Grand Rapids, who also represents Michigan members of the National Independent Venue Association. “Really wait and see what the state will allow us and with what capacity we can operate.”

COVID-19 shut it down, but this Ann Arbor nonprofit was still handing on