Mary Lou Belanger, whose ancestors were among the first white settlers on the Old Mission Peninsula, died on Thursday, February 18, at her home in Traverse City. She was 93 years old.
Mary Lou was born on June 15, 1927 in Old Mission to Willard J. and Ethel (Tompkins) Berry. She attended Old Mission School through eighth grade and took the bus to Traverse City Central High School for grades 9 through 12, which she graduated from as a member of the 1945 class.
After the war, Mary Lou moved to Traverse City, where she worked for the Bell Telephone Company. She met her future husband at one of the many dances in the region. On February 5, 1948, she married Leonard J. (Len) Belanger in the rectory of St. Francis Church.
During their early marriage, the Belangers lived in Lake Leelanau and moved to East Bay Township in the mid to late 1950s, where they owned an 80-acre cherry farm. At harvest time, when Len was doing his job as a bricklayer, it was Mary Lou who assigned the pickers to blocks in which the fruit was ripe. She also did the bookkeeping and payroll.
As her youngest children neared the end of their high school careers, Mary Lou volunteered with the Grand Traverse Literacy Council teaching adults to read.
She had a quick mind and always had a story to tell or a song to sing. Mary Lou was well read; enjoyed crossword puzzles; played a mean Euchre game; was a Jeopardy Whiz and a lifelong Detroit Tigers baseball fan.
Mary Lou is survived by six children, Philomena Hanson (Phil Kurtz) from Arizona, Marcia “Cheech” (Dave) Carney from Elk Rapids, David (Colleen “Chick”) Belanger from Traverse City, Tom Belanger from Traverse City Amy (Joe) Hubbell of Cedar and Mary Frances “Tassie” Belanger-Uryasz (David Hohnstreiter) of Traverse City; 14 grandchildren; and 14 great-grandchildren.
Mary Lou was preceded to death by her husband Len in 2000; and daughter Lynnette in 1972. In addition to their parents, six siblings, Edith Cooper, Willard Berry, Eleanor Clouse, David Berry, Frank Berry and Ken Berry, are also before her death.
The family would like to thank Michigan Hospice and caregivers Barb Laffin, Eileen Olson, and Kimberli Harris for helping us keep Mother at home where she wanted to be.
A Celebration of Life takes place on Saturday, June 12th at 11am at St. Francis in Traverse City.
The family is looked after by the funeral home Reynolds-Jonkhoff. 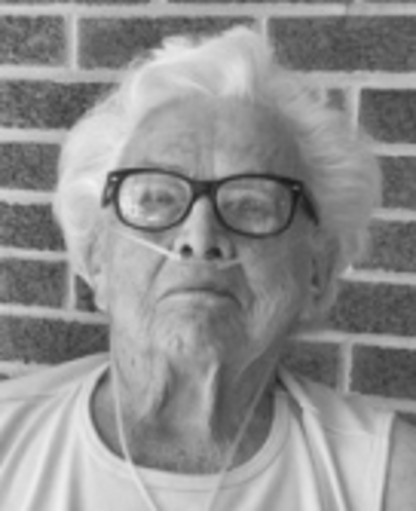