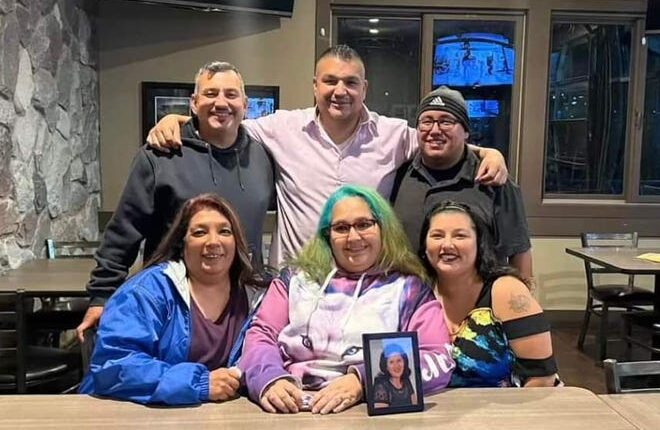 LANSING – Melanie Rathbun grew up with no memory of her birth family, but she thought about them constantly.

Rathbun, now 51, was adopted by a white couple aged 21/2 and grew up in the Haslett area.

“I knew I was different from everyone else,” she said. “As a child, I felt like I didn’t really fit in with my relatives. I just felt out of place.”

And she often thought about her biological mother – who she was, where she was, what she was like.

do you want to look for her Rathbun’s loved ones would ask her.

“I didn’t know where to start,” Rathbun said. And she feared that her biological family did not want to be found.

“I think, well, if they wanted to know where I was, they would have looked for me,” she said.

But Rathbun’s biological family was searching.

Her birth mother, Magdalena Cortez, had six children, the first when she was 15. She only raised two of them, Josephine and Philip Herrera. The state took the other four from her and they were later adopted.

Last year, five of their children — Josephine and Philip Herrera, Martin McCallum, and Jerry and Maria Gray — all residents of the Lansing area, reunited.

Then they vowed to find their remaining sister.

In November, Rathbun, who lives in Saginaw, received a message via social media

“If you’ve been adopted, let me know,” it said. “You have siblings looking for you.”

She met them all two months ago. The reunion still doesn’t feel real.

The last piece of the puzzle

Rathbun is the eldest of the six siblings, Cortez’s firstborn, but Josephine Herrera says she’s the hardest to find because her name was changed after she was adopted.

She was born as Janie Lou Salinas.

A DNA test via ancestry.com and a video pleading posted on TikTok helped Josephine Herrera connect with three of her siblings, but it took the help of a state-appointed confidential agent to find Rathbun.

She applied for a mediator in September.

“And they told me it could take anywhere from six months to a year,” Herrera said.

But just days after being assigned a middleman in early November, they found Rathbun, she said.

The siblings connected first by phone and then via Facebook messenger before meeting in person at a local restaurant during a surprise party for Herrera’s birthday.

“There wasn’t a dry eye in that room,” Herrera said of their first meeting.

As she lived, Cortez thought often of the children she lost. After her mother’s death, Herrera had vowed to bring her siblings together. Rathbun was the last piece in the puzzle of her family.

“I feel like my mom is very lucky that we’re finally all together because that’s all she ever wanted,” Herrera said.

Lansing siblings, separated as children, reunited. Now they hope to find a sister

Construction of small “smart” homes in Eaton Rapids has been halted

“I’m grateful they found me”

The prospect of meeting her biological siblings initially made her nervous, Rathbun said.

But knowing that they all wanted to know her, that they had been looking for her, felt good, she said.

Photos of Cortez shared by her siblings make her reflect on what could have been, Rathbun said. Rathbun’s three children and relatives say she and their mother look alike.

“I don’t have mixed feelings,” she said. “It just sucks that she’s not here, you know? I really would have liked to see her and maybe have a personal chat with her.”

All six siblings and their families celebrated Thanksgiving together. Then they met for dinner around Christmas.

“Now I have this biological family, tons of them,” she said. “I’m grateful they found me.”

Last Name: Why Prices On Local Beer, Spirits, And Other Craft Beverages Are Going Up

Music venue in the original Knapp store in downtown Lansing