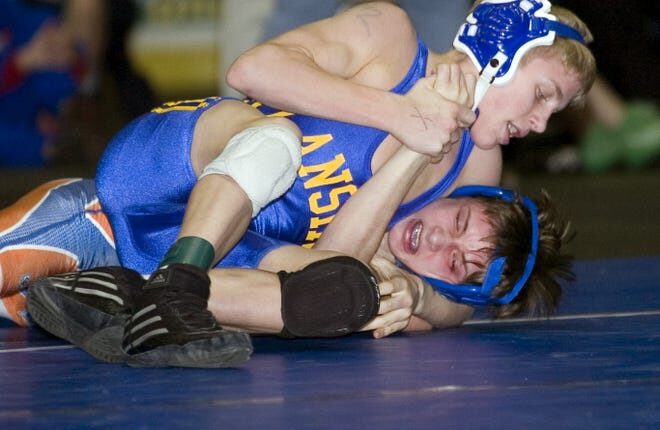 Four-time world champion wrestler Kyle Dake will be among four inductees into the Lansing Central School Athletic Hall of Fame.

The ceremony will take place Nov. 26 at LakeWatch Inn in Lansing. Cocktail hour begins at 6 p.m. and dinner at 7 p.m., with inductions to follow.

Tickets are available from the Lansing Parks and Recreation Department, 29 Auburn Road; or by calling 607-533-7388.

Dake is one of the top wrestlers in United States history and claimed his fourth World Wrestling Championships gold medal in September after winning a bronze medal at the Tokyo Olympics in 2021. He has a combined record of 17-0 during those championship events.

Dake went on to become the only wrestler in NCAA history to win four national championships in four different weight classes while competing for Cornell University. His record at Cornell was 137-4.

Dean graduated from Ithaca High School and played football at Syracuse University and Ithaca College. While still at Ithaca College, he became a JV basketball coach at Lansing in 1978-79 to begin a career at the school that continued through 2018.

Dean also coached varsity football for five seasons, finishing with a record of 26-19, and multiple JV teams. All told, he coached 1,755 games at Lansing.

Duthie won New York state individual titles in golf in 2005 and 2007 to highlight numerous achievements in the sport while at Lansing.

He was IAC MVP in 2006 and 2007 and IAC individual medalist in 2007. He won the Dean Witter Award as Most Outstanding Golfer in the Section 4 championship tournament as a senior.

He played collegiately at Arkansas State and Towson University. He is continuing the pursuit of his PGA Tour card.

Starting with three wins in 1962, the Bobcats won 32 consecutive games in baseball. They captured the Tri-County Conference championship each season from 1963 to 1965.

The teams were coached by Lansing Hall of Famer Stan Sobus.