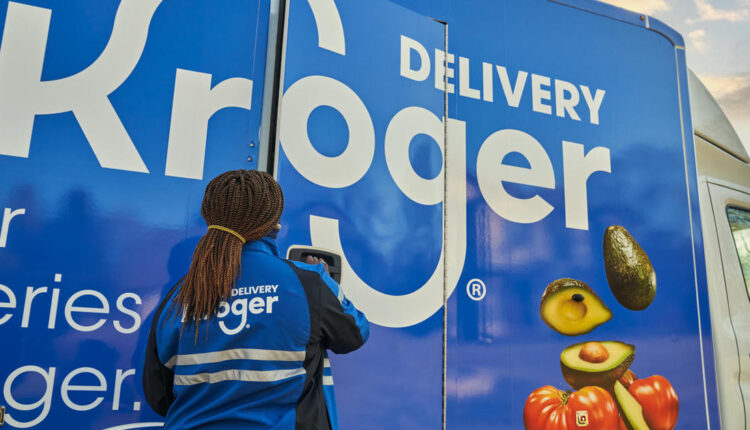 According to a press release, the new Kroger Delivery center on Wahrman Road in Romulus will employ more than 700 people and reach customers up to 90 minutes from the site. Officials say temperature-controlled vans will be utilized for deliveries to customers’ homes.

To date, it is Kroger’s first customer fulfillment center in Michigan.

“Kroger has served customers in the state of Michigan for more than a century and we are thrilled to bring Kroger Delivery to greater Detroit,” Bill Bennett, Kroger vice president, and head of E-commerce said in a statement.

The fulfillment center in Romulus is an extension of a partnership between Kroger and United Kingdom-based Ocado Group, a leader in technology for grocery e-commerce.

“Wayne County is proud to be a leader in defining the future of grocery shopping,” Wayne County Executive Warren C. Evans said in a statement. “The Kroger Fulfillment Center, the first in Michigan, will be a tremendous service for our residents to help them manage their busy lives.”

Kroger announced last week it is merging with Albertsons in a deal that would value the combined company at $24.6 billion.

Officials say the companies together will have more than 710,000 workers and operate nearly 5,000 stores along with 4,000 pharmacies.