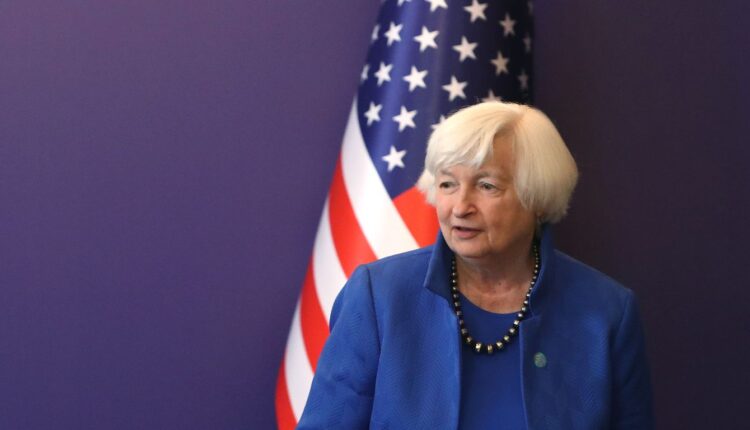 Treasury Secretary Janet Yellen will deliver a major economic speech in Detroit next week as part of a month-long push to sell President Biden’s signature legislative achievements before the midterms, Axios has learned.

Why it matters: Deploying Yellen, an economist who has been reluctant to lend her name to arguments she doesn’t buy, is the administration’s attempt to seize on a spate of positive headlines and make a broader intellectual argument for Biden’s efforts to re-engineer large sections of the economy.

zoom out: The White House is privately — and publicly — giddy that gas prices are down from their $5 highs. The steady decline has provided a boost to consumer confidence, according to the Morning Consult/Axios Inequality Index.

Driving the news: Yellen will deliver remarks Sept. 8 at a Detroit auto manufacturer — giving her an opportunity to highlight the new money for electric vehicles in August’s Inflation Reduction Act, as well as Biden’s broader efforts to support American manufacturing and bring supply chains closer to home.

Between the lines: The Treasury Department will play a key role in implementing the Inflation Reduction Act, from administering the electric vehicle tax credits to cracking down on tax evasion.

What we’re watching: Friday’s September jobs report may provide some clues into whether companies are shedding jobs or slowing hiring in response to the economic uncertainty.

Be smart: Yellen can’t convince consumers they’re better off than their bank statements and grocery bills indicate. And if she paints the economy too rosily, she risks damaging her own credibility.