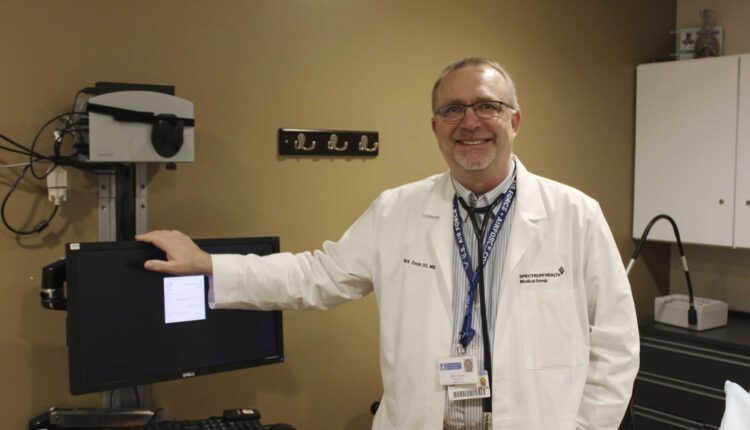 Dr. Mark Zook will miss his patients, colleagues and friends when he retires from Spectrum Health in late April.

As a self-described “small town, farm boy”, he said that the people had made his work as family doctors worthwhile.

“That’s the fun part of it,” he said. “I take care of babies now, that I also looked after their mothers when they were babies and sometimes their grandmas.”

Dr. Zook said it was a pleasure to take care of patients of all ages.

“That was a really worthwhile thing – you will just become part of their family,” he said. “It’s the holistic approach. We say from the cradle to the grave. And it really is a practice here. And the people in this practice are just good people. You are grateful and loving. “

He has been with Spectrum Health Reed City Hospital for 34 years – a member of the hospital since 1997.

“I love rural medicine,” he said. “I probably wouldn’t have stayed in the family practice if I couldn’t work in the country. It’s really holistic, kind of an osteopathic philosophy. “

Dr. Zook is moving to the Traverse City area, where he will continue to serve as the medical director of the Hospice of Michigan in the Northwest. He worked both jobs for 26 years.

“The job has become too much for one person to do both,” he said. “I have a very complete hospice office – it’s time. And my wife wants me to slow down. “

Dr. Zook and his wife Mary have been married for 43 years. Mary was the pianist for the Big Rapids High School music program until the COVID-19 pandemic began.

They have a cottage on Central Lake near Charlevoix where Dr. Zook grew up.

Growing up on a dairy farm, he developed a love for science and medicine after coming under the wing of a neighbor, Dr. Ken Turner, who served in World War II.

Dr. Turner was the town doctor and friends with Dr. Zook’s father, who was blinded during the war.

Dr. Zook received his medical education from Michigan State University College of Osteopathic Medicine, which he graduated in 1984 and, like Dr. Turner became the DO.

“I called Dr. Turner and he was beside himself with excitement,” said Dr. Zook. “I went the DO route and never looked back. I loved it. “

Dr. Zook received his bachelor’s degree from Alma College and his master’s degree from Central Michigan University. He completed his training in family medicine in Traverse City. He previously worked for the National Health Service Corporation and Family Health Care in Baldwin.

The Zooks have two children, Josef and Kirsten. Josef is a filmmaker and Kirsten is a lawyer.

Dr. In his spare time, Zook enjoys fishing with his children on Central Lake and fishing for trout in rivers, especially the Jordan.