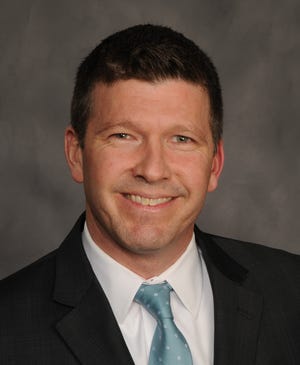 Erin MacGregor was one of two superintendents who discussed the class in person during a Senate committee meeting Tuesday afternoon.

In preparation for the 2021-22 school year, members of the Education and Career Preparedness Committee heard from superintendents and parents about the results of in-person and virtual classroom options.

MacGregor explained how Howell Public Schools have maintained face-to-face tuition since the start of the school year. He said there have been 90 confirmed or probable cases of COVID-19 and six cases of transmission in school since October.

“In those cases, the outbreak was limited to the original COVID-19 case and one additional case,” MacGregor said.

With his district experiencing low transmission rates, MacGregor asked senators to reconsider current school quarantine requirements. He said quarantines have been difficult – the district has seen the cost of hiring agents rise while an employee is being quarantined. He also noted that keeping the students informed while they were quarantined at home was a challenge.

Theis asked MacGregor if he had seen a difference in academic performance between virtual and in-person students. Between 80% and 85% of students in the district have chosen to do in-person learning.

“We ran NWEA tests last winter, early this fall, and this winter, and we’ve found that personal (instruction) makes a difference,” MacGregor said. His staff encouraged students struggling with the virtual format to return to face-to-face classes. “The students who stay virtual have the support to perform well and are fine.”

Howell will continue to offer a virtual option in the upcoming school years, although enrollment is likely to be lower compared to this year, MacGregor said.

He also explained how Howell’s school district tried to reduce stress for teachers by separating virtual and face-to-face classes. In elementary schools, classes are entirely online or in person, so teachers don’t have to balance two modes of teaching at the same time. He said strategy has been helpful. In middle and high school, MacGregor said, teachers could have a class or two with virtual students and the rest in person.

Senator Ken Horn, R-Frankenmuth, appreciated this strategy and said it could be repeated in other districts.

Traverse City Schools have implemented a similar strategy. According to VanWagoner, the district offered in-person learning for most of the school year and implemented two types of online learning: Virtual Live and Virtual On-Demand. He said that Virtual Live students experience the school exactly as it was in person – they see their teacher live on video during the school day. A smaller number of students chose Virtual On-Demand, an asynchronous option for students to work at their own pace.

VanWagoner also cited quarantine issues. He said schools occasionally have to opt for virtual days when there aren’t enough staff to run a face-to-face school. He said the district had a shortage of substitute teachers and bus drivers that existed before the pandemic.

Committee members also heard from several parents about problems they are seeing in their school districts. Parents from Ann Arbor and Kalamazoo had complaints about decisions made by their local school authorities and school staff. Ann Arbor Public Schools and Kalamazoo Public Schools have not returned to face-to-face learning.

Cold temperatures before the return of spring