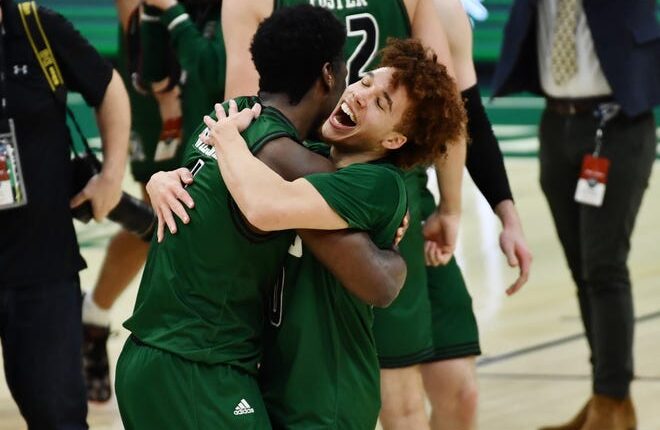 Who is Jason Preston? He’s the former Piston Powered blogger, of course, and a huge Detroit Pistons fan.

He’s also the Ohio Bobcats’ standout point guard and an NBA prospect. A primary reason that the 13-Seed Ohio Champion of the Mid-American Conference tournament was out on Saturday night at Assembly Hall in Bloomington, Indiana (7:15 p.m., TruTV).

If you don’t know its history, the Cliff Notes version can be found here:

Growing up a Pistons fan in Orlando in the 2000s thanks to his mother, he formed the Goin ‘to Work crew led by Chauncey Billups – also known as the last Pistons team to win a playoff game (2008).

Preston and his mother Judith were very close. He was only 16 years old when she died of lung cancer and the soft-spoken boy withdrew. He tried to cope with the trauma of his love of basketball, but as a 6-foot, 140-pound senior guard, he averaged two points per game for the competitive Boone High School in Orlando. That season he scored 52 points.

Preston, nicknamed “Big Red” for his puffy red hair, saw the proverbial writing on the wall. Good thing he was prepared and knew what he wanted to do.

During his junior year when he turned 17 in August 2016, the FanSided network Piston Powered allowed him to join the website as a writer, where he wrote on breaking news, analysis and match coverage for about six months (see his author’s page) , but if you are triggered by memories of Stanley Johnson it might be best to avoid).

Wanting to stay with the game, he enrolled in central Florida to become a sports writer.

He entered an AAU tournament at the last minute and was noticed.

“Everyone was playing 40 minutes a game,” Preston told ESPN this winter. “It was more of an opportunity. I didn’t have a chance in high school, I was more of a shooter. I played a lot on the ball (at the AAU tournaments).”

He decided to drop out of college and attend the Believe Preparatory Academy in Tennessee, which had five different teams. Preston, now 6-foot-4, earned more run as the season progressed and gained some interest in schools when he made a campus visit in Maryland-Eastern Shore. But he didn’t have a highlight film.

So late in the season, during an eight hour bus ride, Preston asked the coaches about all of their film, recorded his own clips, and sent them to a friend to do the mix.

The highlights went to Twitter and were noticed by Bo Ryan’s son, Will, an assistant in Ohio.

He averages 16.6 points, 6.8 rebounds and 7.2 assists for the season and has been dubbed the “poor man’s LaMelo ball” by an NBA scout because of his size and playing skills. He’s a second-round contender if he signs up for the draft, but a major NCAA tournament could help his stock.

He led Ohio to three blowout wins at the MAC tournament in Cleveland last week averaging 22.7 points, setting the stage for a potential run in the NCAA tournament that scouts and fans alike will be watching.

Now the former Pistons blogger can help his team become the third Ohio Bobcats squad to win at least one round in the NCAA tournament (2012, defeated Michigan and South Florida; 2010, stunned Georgetown).

Who knows … maybe he’ll even get a piston down the street.