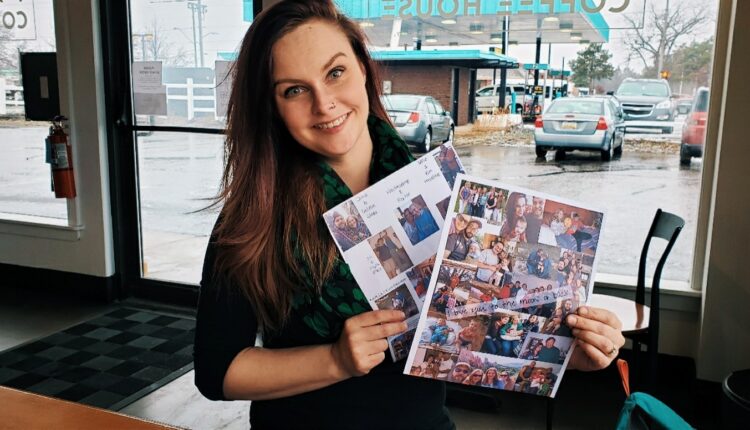 A local woman and her family will keep their memories on the moon.

Prehistoric cave paintings can be found all over the world, with the oldest known being over 40,000 years old. Many of these paintings are simply a hand, and while some consider this to be early art, one of my college history professors thought otherwise. He said that people want to be remembered at our core. A painted hand in Indonesia, a red dot in the cave of El Castillo, engraved ostrich bowls from the Mesolithic Age can all be considered art. But they can also be seen as evidence of an innate desire not to be forgotten when we are gone.

Nowadays we can take pictures anytime and have an endless sea of ​​digital space to hold the memory. Traverse City photographer Kacie Berthelot knows all there is to know about how to capture that perfect moment. Recently she was able to capture some of her favorite moments through photos taken on a trip to the moon.

“It happened by accident, it was the most random,” she said.

Kacy’s passion for photography is not shared by many in her family, except for her aunt Debbie Glaza.

Her uncle Steve Glaza, although not an avid photographer, spent part of his career at Kodak. While there, he befriended a colleague named Bruce Ha. Bruce founded Stamper Technology, a company that patented nano-format archival products.

One of these products uses a patented technology called Nano Fiche and can accommodate millions of pages on a piece of metal the size of a CD. Two of these CDs were made to go to the moon. They contain the English Wikipedia content, the Rosetta project, and a library of human languages. The archive is called the Lunar Library.

While Ha was putting the library together, he asked Steve if he would be interested in contributing two pages of anything he wanted to the digital time capsule.

“My aunt and uncle are friends with Bruce so they were given this opportunity. Of course, my aunt wanted to include family pictures with our names. This could be for future civilizations. My aunt sent me a word document about what she was working on. She had three photos on two sides and quite a few names and I asked if she would like more pictures on them because they could definitely fit more. “

Kacie went to work arranging a collection of photos sent to her by her aunt. These photos included some of Kacie and her young family, as well as much of her extended family. Kacie packed both standard-size computer sheets with a collage of photos and captions that will be mailed with the Guide to Life on Earth as We Know It.

“My aunt asked me if I could send her our Christmas photo. Me and your uncle are sending pictures to the moon and that’s the only one I have of all of you. And I said, ‘What? You need to back up a minute. ‘So we got into this whole conversation. She had called my mother first and was not home, if she had been home, my mother would have just sent the picture and my aunt would not have had to reach me. It would have just been a screenshot of us instead of all of these photos that are running now. “

The first half of the lunar library reached the moon in February. The second half of the library with the photos of Kacy’s family will be released in June.

Like the rest of us, Kacie doesn’t know if there is another life anywhere in the universe. But if so, she and her family might know how future intergalactic generations will find out what people looked like on earth.

“It’s cool, we can all go to the moon together.”