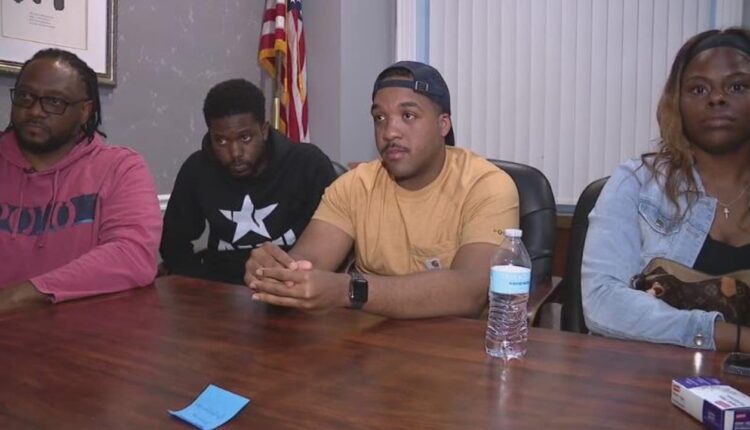 It happened after their shift Monday night. They went to the bar to hang out but after waiting several minutes to be seated a manager came out and told them the kitchen was closed.

NOVI, Mich. (FOX 2) – Nearly a dozen Detroit police officers went to a Novi restaurant looking for a late meal, but were denied service.

The group was predominantly African-American, but the general manager at Bar Louie insists that race was not a factor – adding it was a bad decision by the employee left in charge who chose to close up early.

“We’re walking out and I hear somebody at the bar say ‘We weren’t going to serve them,’ and everybody busted out laughing,” said Sgt. Myron Watkins.

Watkins says he and 10 other off-duty officers were embarrassed and humiliated after they were denied service at Bar Louie in Novi.

It happened after their shift Monday night. They went to the bar to hang out but after waiting several minutes to be seated a manager came out and told them the kitchen was closed.

“Walking in there like I said earlier, there’s a sign on the door that says kitchen stays open late. Doesn’t make sense, right?” said Aaron Gonzales.

Especially not when the group says there were still people inside placing orders. Two of the officers asked a stranger to go in and try to get service.

“He was able to sit down, had a menu and he asked them what’s good to eat?” said Dominique Brown. “She responded ‘A burger.’ We didn’t get that treatment.”

Officer Johnathon Gardner says it felt like Jim Crow all over again.

“Like I told them outside being a Detroit police officer, I’m in the military for 15 years, and when you add it up we’ve all got 40 years we’ve served this country between us,” he said. “And it’s like we can serve our country but we can’t come in and have a burger, we can’t have anything to eat. It’s kind of infuriating because the same people we fight for, won’t even serve us.”

Nine of the 11 officers are Black, one Latino, the other white. FOX 2 interviewed seven of them Wednesday night, the other four did not want to show their faces on-camera.

The group ended up going to Buffalo Wild Wings and if there was any uncertainty about what happened – it was all crystal clear when by the end of the night.

“Once we left the other restaurant, as we were walking by Bar Louie, they were serving food. And that was around 11 o’clock at night,” Watkins said. “So their kitchen didn’t close,” he said. “It was just closed for us.”

FOX 2 asked the officers to raise their hands if they believed they were discriminated against, even though the customer asked them to go inside and try to get service, which was Black.

Every hand went up.

“One single Black guy isn’t a problem,” Gardner said. “As a group I feel we were judged. They looked at us, and they judged us a group, (like) ‘This is too many Black people coming into our establishment, this is too big of a concern, they’re going to Cause a scene or a ruckus.’ And I feel like they judged us.

“I feel like if we were a group of 11 white people, we would’ve had a totally different interaction.”

A spokesperson for Bar Louie provided a statement saying in part:

“We have reached out to the group of officers to sincerely apologize for their experience and invited them back in to enjoy a chef-inspired meal and handcrafted cocktails on us. While we regret the incident occurred, we will use this opportunity to better train and educate our teams to ensure that it never happens again.”

“There’s nothing you could really give training on – it should come natural,” said Juwan Brown. “Treating people like people, is something that should just naturally be done.”

That group of officers are now in contact with an attorney Todd Perkins who says what happened there merits at least a conversation with corporate leadership. Legal action is not out of the question.

In the meantime those officers have no intention of taking up Bar Louie on its’ offer.

The entire statement from Bar Louie is below:

“At Bar Louie, we proudly celebrate the diversity of our team members and welcome guests of all races, ethnicities, religions, sexual orientations, professions and political beliefs. When we hear about an incident that conflicts with those values, we alert the proper individuals , conduct an investigation and take immediate action to address the situation.In this case, we have reached out to the group of officers to sincerely apologize for their experience and invited them back in to enjoy a chef-inspired meal and handcrafted cocktails on us. While we regret the incident occurred, we will use this opportunity to better train and educate our teams to ensure that it never happens again.” 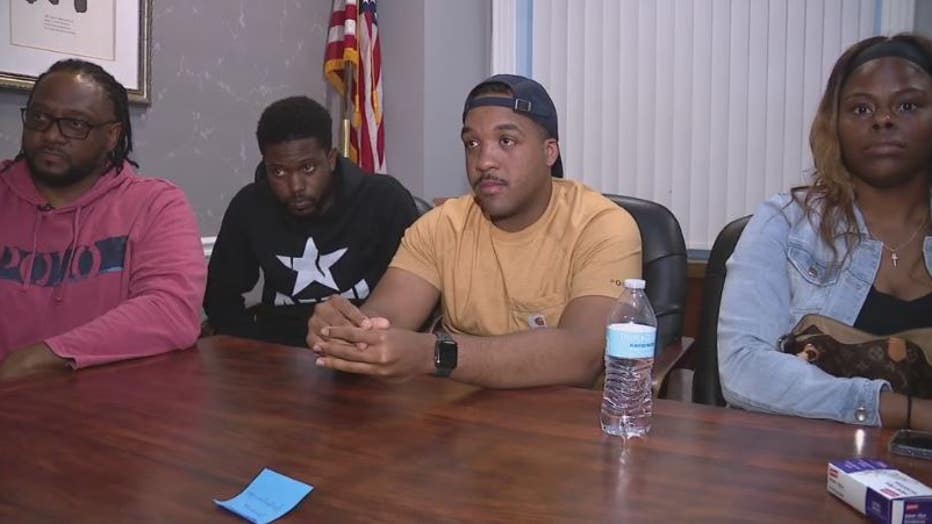