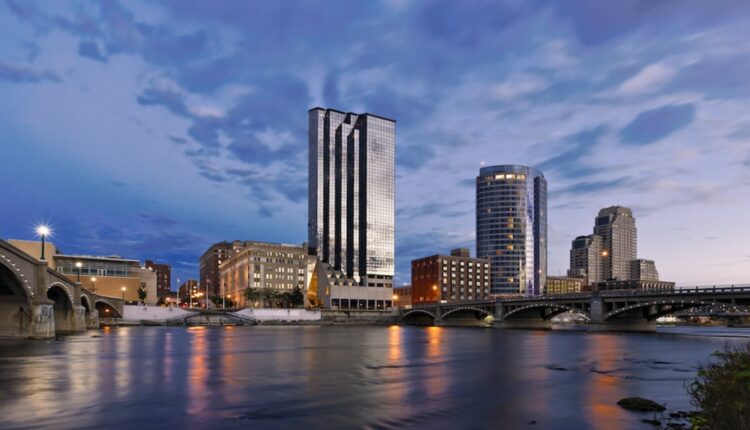 Occupancy rates are a bit deceiving, said Doug Small, president and CEO of Experience Grand Rapids, Kent County’s convention and visitors’ bureau that collects a portion of room fees from the county’s hotels to fund its destination marketing efforts.

He said rates appear lower because new hotels opened, increasing the supply of rooms in the county from 2019 to 2022.

“Hotels will tell you their No. 1 goal is revenue per available room,” Small said. “… Our rates are higher than they’ve ever been, and RevPAR is higher than it’s ever been. The only thing that’s not at a record pace is occupancy rates.”

Small said Grand Rapids’ hotel industry recovered much faster than the US Travel Association’s national projection that hotel revenues would return by 2024.

He said that Grand Rapids’ gains this season, especially downtown, were driven partly by a healthy summer conventions and meetings season. For example, the American Quilters’ Society Show, the Japanese Animation, Film and Art Expo, and the US Travel Association’s annual educational conference brought in a total of 26,500 attendees, resulting in about 4,600 room bookings.

“People just wanted to get away,” he said. “Fortunately for us, our concert scene continues to draw overnight stays. Our craft beverage scene continues to drive overnight stays. Grand Rapids is the hub of West Michigan, and it sits near one of the most beautiful lakes in the world. And, when you have all that outdoor adventure available to you, it’s going to draw people.”

Experience GR projects hotel revenues will be about 10 percent higher for the final quarter of 2022 than during the same period in 2021.

“We’re seeing a flattening out (for the rest of the year); because at the end of ’21, we were really starting to come back to some sort of normalcy,” he said.

From talking to peers in other cities, like Baltimore and Louisville, Small said Grand Rapids’ hotel revenues are “coming back a lot quicker than the larger metro areas that have struggled a little bit more.