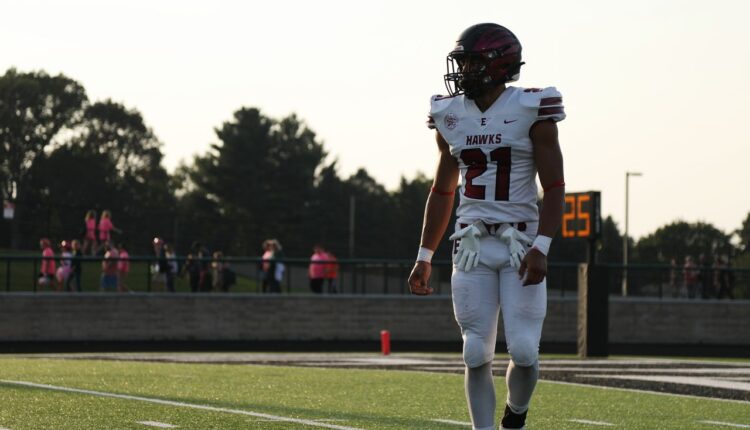 Senior running back Bryson Kuzdzal has been a key to the Hawks’ success.

Kuzdzal has earned Grand Rapids Player of the Week 4 honors in a poll that closed on MLive.com Friday morning. Kuzdzal received the nod after rushing for 178 yards on 18 carries in FHE’s 35-16 win at Wayland last week. Kuzdzal scored a pair of touchdowns as well.

Kuzdzal has rushed for nine touchdowns this season, and he returned a kickoff 89 yards for a score. He rushed for over 1,200 yards a year ago.

The Hawks will visit Catholic Central in a key OK Gold Conference showdown. The Cougars also are 4-0 and tied for first in the conference at 2-0 with the Hawks, South Christian and Thornapple-Kellogg. Check out the full poll results below along with tonight’s Week 5 schedules.

Week 5 pick: Who do you like when state-ranked teams clash in Grand Rapids?

Vote for Grand Rapids Fall Athlete of the Week 3