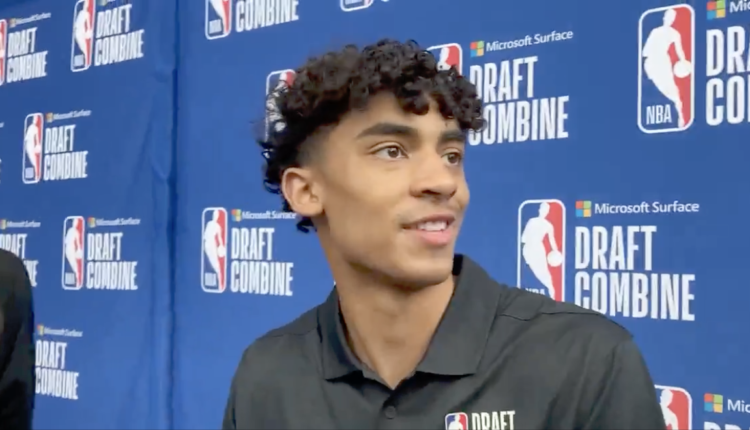 Michigan State Spartans guard Max Christie Decided that he was ready to take the next step in his career to the NBA after just one season in East Lansing, declaring for the 2022 draft shortly after his team’s tournament loss to the Duke Blue Devils. His freshman year saw him average 9.3 points and 3.5 rebounds per game in 35 appearances while shooting 31.7% from beyond the arc.

And during the NBA Combine, he explained that he’s betting on himself.

“I think it’s just betting on myself and being confident in myself and the preparation that I put into this game,” Christie told reporters at the combine on Thursday. “I think that’s all it really is, just having confidence in myself and knowing I feel like I’m ready for this level and am able to contribute.”

His friends and family also believe that he’s ready for the next step as well.

“I think I knew it ever since the season ended,” Christie said. “I was always confident in myself to sort of just take that next jump, to take that next step, and I think it was just a part of me getting my feet wet to see what it was really like that sort of reinforced that decision.

He also explained that coach Tom Izzo was supportive of his choice.

“Coach Izzo was nothing but supportive for me,” Christie said. “He’s held me to a high standard, which is what I asked for. So he’s done everything I asked him and he’s done a great job just living up to who he is, the legendary coach that he is, the great person that he is. So my relationship with him is great.”

Watch: Going Beyond the Script of ‘The G Word’ and How Government Responds to Disease (Or Not)

One lifeless, 35 injured in Michigan tornado that tore through homes and businesses