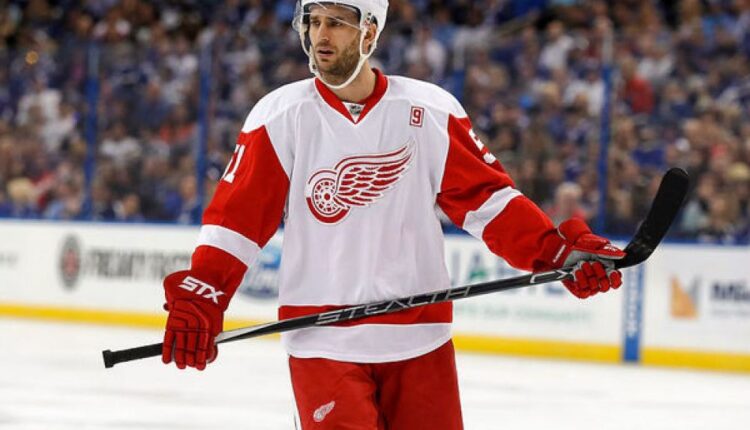 Former Detroit Red Wings center Frans Nielsen will suit up for Denmark in the upcoming IIHF World Championship. Then he will hang up his skates for good.

Nielsen, 38, revealed his plan to retire from the game to Denmark’s TV2 Sports.

“This is my last season, and I have always thought that it has been great to be with the national team, so it could be great to end my career in that jersey,” Nielsen explained.

Sounds like Frans Nielsen could be hanging them up. If that’s the case, a fantastic career. Terrific guy. https://t.co/xj4szIZQGf

Nielsen signed a six-year, $31.5-million contract with the Red Wings in 2016. Bought out of the final year of the pact last summer, he played this season with Eisbaren Berlin. They won the German DEL championship on Wednesday.

“I have pain in my body every morning, but you forget that when you walk on the ice,” Nielsen said.

Host Finland named its preliminary squad for the May 13-29 IIHF World Championship. Red Wings defensive prospect Eemil Viro, who was just playing with TPS in the SM-liiga final, is not included on the roster.

However, several players with Red Wings connections were picked. They include longtime Detroit forward Valtteri Filppula and defenseman Oliwer Kaski and Vili Saarijarvi, both once part of the Wings organization. Goalie Harri Sateri, a former Grand Rapids Griffin, is also with the squad.

The Grand Rapids Griffins will open their 2022-23 AHL season on home ice at Van Andel Arena on Oct. 14. The AHL confirmed this on Wednesday.

MARK YOUR CALENDAR! Hockey returns to The Van on October 14th! #GoGRG

Game time will be 7 pm ET. An opponent will be announced when the AHL schedule is released during the summer.

Christian Djoos, a Red Wings defenseman last season, is a Swiss champion. And the title arrived in spectacular fashion.

Rallying from a 3-0 series deficit, EV Zug, the team Djoos plays for, won four games in a row to capture the league final in seven games over ZSC Lions.

Red Wings In Case You Missed It

Washington: Forward Tom Wilson is doubtful for the Washington Capitals for Game 2 of the playoffs against Florida due to an undisclosed injury.

Colorado: Coach Jared Bednar was pushing all the right buttons for the Colorado Avalanche during their Game 1 win over the Nashville Predators.

Boston: Defenseman Hampus Lindholm of the Boston Bruins left Game 2 against the Carolina Hurricanes after absorbing a punishing hit from Andrei Svechnikov.

Calgary: One game into their series with the Dallas Stars, the vitriol has already ramped up. Dallas defenseman John Klinberg was trash talking Calgary Flames counterpart Rasmus Andersson.

Vancouver: Is it possible that Vancouver Canucks coach Bruce Boudreau would leave for the vacant Philadelphia Flyers job?