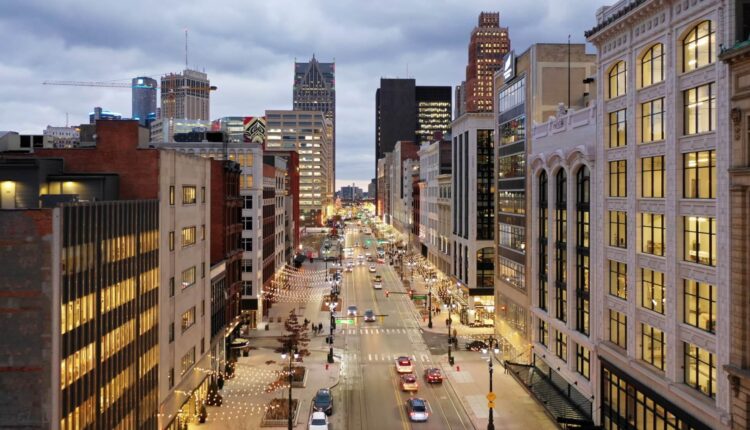 A new report from the Michigan League for Public Policy (MLPP) looks into the impacts of federal Opportunity Zones on Michigan communities and state revenue. The Opportunity Zone program, adopted as part of the 2017 federal Tax Cuts and Jobs Act, provides tax breaks for wealthy investors who invest in neighborhoods with high poverty rates and low family incomes.

With 288 Opportunity Zones across the state, the program promised to bring new investments and economic growth to distressed communities, but flaws in the program design mean we have been largely in the dark about how the program is being used or how much it is costing the state.

Michigan legislators can protect our communities and state revenues by decoupling from the federal Opportunity Zone tax provisions and introducing accountability mechanisms to better monitor investments.

In the first two years, we know Opportunity Zones in Detroit alone secured at least $786 million in investments, but we have to wonder what this funding supports.

Is it bringing affordable housing or luxury apartments? Is it creating new jobs for existing residents or displacing them? Have other areas of the state seen anywhere near this level of Opportunity Zone investments?

While the current landscape certainly provides more questions than answers, the existing research on economic development programs should make us wary of claims that Opportunity Zones will change the trajectory of struggling communities. As with most economic development tax credits, it can be difficult to distinguish between projects that would have been pursued without the credit and those for which the credit made a deal possible.

In the case of Opportunity Zones, where projects must be profitable to secure the greatest tax benefits, it is almost certain the majority of projects will be those investors are already excited about. Unfortunately, this reality creates an incentive to invest in the 37% of low-poverty Opportunity Zones over the 63% of high-poverty zones.

And the tax incentives are substantial. The program allows investors to defer taxes owed on capital gains if they are placed in an Opportunity Zone fund, taxes that can be further reduced if the gains are left in an Opportunity Zone fund for at least five years. If held for at least 10 years, any gains on the new investments will be permanently excluded from taxable income.

Michigan’s tax system is already upside down — the wealthiest individuals are paying the smallest share of their income in taxes while the individuals with the least to spare find themselves contributing the most. Opportunity Zones will exacerbate this trend, creating a tax break only available to the wealthiest investors with only the potential for more jobs or housing in distressed neighborhoods.

These tax benefits are especially problematic for Michigan because Opportunity Zone investments impact our state budget. Despite being a federal program, Michigan taxpayers investing in Opportunity Zones will also see a reduction in their state taxes because Michigan’s income tax is based on federal adjusted gross income. State revenues will even be lost on investments made by Michigan taxpayers in other states, meaning Michigan is losing money when a wealthy investor builds a hotel in Florida or California.

This means less money for state resources we all rely on. Revenues intended to fund schools and child care, job training programs and other essential services that truly promote opportunity for state residents will be reduced in favor of tax cuts for some of the state’s wealthiest investors.

Michigan’s tax system is already upside down — the wealthiest individuals are paying the smallest share of their income in taxes while the individuals with the least to spare find themselves contributing the most. Opportunity Zones will exacerbate this trend, creating a tax break only available to the wealthiest investors with only the potential for more jobs or housing in distressed neighborhoods.

Fortunately, our legislators can take action to preserve our revenues and increase oversight of Opportunity Zone activity in the state.

First, Michigan must decouple from federal Opportunity Zone provisions in order to protect state revenues. We would not be the first—six states including North Carolina and Arkansas, do not conform to the federal provisions around Opportunity Zones in part or in full.

To learn more about Michigan’s Opportunity Zone communities and investors, as well as the flaws in the program’s design, check out our latest report. Find out why Michiganders need greater accountability from Opportunity Zone investors and what steps we can take to protect state revenues.