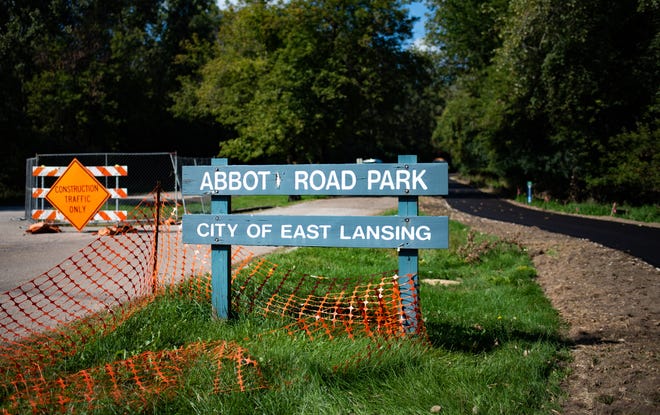 Cottonwood trees are sacred to the Anishinaabe Native Americans who once traveled to Nkwejong, the lands near where the Grand and Red Cedar rivers meet, and where they saw the trees in abundance.

Wanting to recognize the past and the cottonwoods in their surroundings, East Lansing City Council unanimously voted Tuesday to rename the 130-acre Abbot Road Park to Azaadiwag Park.

According to their resolution, “The chosen spirit name is Azaadiwag. The word azaadi refers to the cottonwood tree as a living being whose essential nature is observable by the physical manifestation of movements in the world. The full name Azaadiwag translates in English to ‘many cottonwoods.'”

The Anishinaabe are a group of culturally-related Great Lakes tribes that includes Ojibwe/Chippewa, Odawa, Potawatomi, Mississauga, Nipissing and Algonquin peoples.

“It’s really emblematic of widespread awareness that this is the time where we really need to very intentionally promote values ​​of restoration and recovery,” said Nichole Biber, a citizen of the Little Traverse Bay Bands of Odawa Indians.

A formal renaming ceremony is planned for Indigenous People’s Day on Oct. 10, Biber said, but no further details are currently available. East Lansing Director of Diversity, Equity and Inclusion Elaine Hardy said the change is effective immediately but may take time to be reflected on the city’s website.

Biber worked with Anishinaabemowin speakers from her tribe and throughout Michigan for the name. She said Wednesday the name could be subject to minor changes since Alphonse Pitawanakwat, Wiikwemkoong First Nation, told her the plural version and translation could differ.

“We hope that it feels like a real acknowledgment of the Indigenous community’s values ​​of those who are in this area,” she said.

The park renaming committee read their resolution at the Tuesday meeting. Part of it had text on the importance Greater Lansing had for Anishinaabe as they traveled across present day Michigan and gathered in Nkwejong, “where the rivers meet.” The cottonwood trees are common around waterways and showed the direction of where water flows, Biber said.

Both city council members Lisa Babcock and Dana Watson requested the committee to add proper pronunciations of Azaadiwag, Nkwejong and other Anishinaabemowin words to park signage. Both said they don’t want people to disrespectfully or unintentionally mispronounce any of the words considering their cultural significance.

Biber hopes for more educational signage in the park to identify plant species and park entrances in Anishinaabemowin.

“We wanted it to be aligned with the way language works. What you say is based on what you’re observing,” Biber said.

Mayor Ron Bacon said he’s impressed with the educational value the committee’s resolution had, which included the Seven Grandfather Teachings – truth, humility, respect, love, honesty, courage and wisdom, how Anishinaabe regard plants, animals and water as relatives and the challenges indigenous communities face.

“Many Indigenous communities are continuing their recovery and healing from the colonizing ravages of ecological devastation, alongside severances from family, community, culture, and language,” the resolution read in part.

This effort, he said, encourages the public to do further research on Anishinaabe, the language and cottonwood trees.

“It’s important that we do these renaming so people ask ‘why’,” Bacon said.

Beyond the park, beaver is looking at other places where names of cultural significance can be found throughout the city.

“Anytime that we can do that is just another living reminder or fuller sense of what we mean when we say ‘land back,'” she said. “Land back to a state of balance that comes when that’s understood as we’re the dependents.”