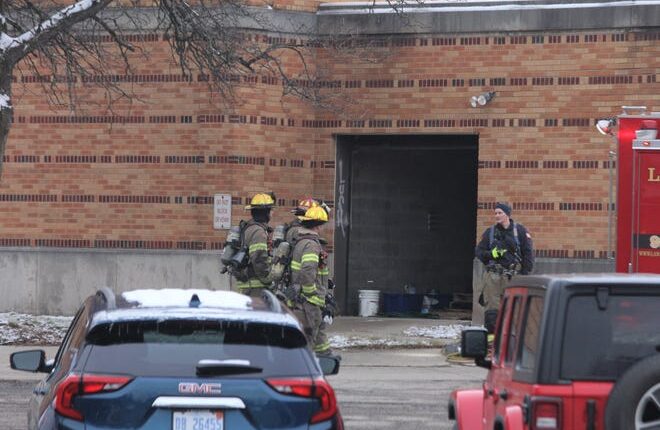 No one was injured and the fire was quickly contained to the gym, where furniture had been stacked during a renovation of the building, said Mike Tobin, assistant chief of the Lansing Fire Department.

He said the cause will be investigated.

The building at S. Cedar and Mount Hope roads has caught fire at least three or four times in the last decade or so, Tobin said.

A fire on Dec 18, 2018 in the building was started by someone who made a fire to cook or stay warm, officials said. Firefighters responded to a report of smoke coming from the historic building at Cedar Street and Mt. Hope Avenue about 1:15 pm and found a fire in the second-floor gymnasium, the Lansing Fire Department said at the time.

Earlier that year, on Aug. 4, firefighters extinguished a blaze at the former school. The fire was contained to a section of the building that housed a gymnasium and swimming pool, fire officials said. Firefighters struggled to extinguish hot spots in the rafters and pieces of burning wood and foam that filled the old swimming pool. No cause was released at the time.