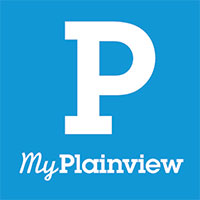 TRAVERSE CITY, Mich. (AP) — The Biden administration on Thursday withdrew a rule adopted under former President Donald Trump that limited which lands and waters could be designated as places where imperiled animals and plants could receive federal protection.

A definition of “habitat” published in December 2020, shortly before Trump left office, restricted areas the government could identify as critical for particular wildlife. Environmental advocates said the move would put more species on a path toward extinction, while supporters said it would secure private property rights.

In rescinding the rule, The US Fish and Wildlife Service and the National Marine Fisheries Service said it could hamper their mission to make science-based critical habitat decisions.

The rule was one of several steps the Trump administration took to scale back or alter endangered species policies, including lifting blanket protections for animals newly listed as threatened and setting cost estimates for saving species. Biden ordered a review of his predecessor’s environmental rulemaking shortly after taking office.

Under the 1973 law, federal agencies cannot fund, permit, or take actions that would destroy or severely damage critical habitats. It doesn’t restrict activities on private land unless government approval or financial support is involved.

The Trump rule’s habitat definition was “unclear, confusing and inconsistent with the conservation purposes” of the law, the Fish and Wildlife Service and Marine Fisheries Service said in a joint statement.

It prevented agencies from selecting areas that don’t presently meet a species’ needs but might in the future as a result of restoration work or natural changes, the statement said. Global warming is expected to alter many landscapes and waters, attracting species that migrate from places no longer suitable for them.

Habitat degradation and loss is the primary reason animals and plants become endangered, the agencies said, adding that they should be able to designate critical spaces “in a manner that protects listed species’ habitats and supports their recovery.”

Environmental groups applauded the reversal rule, which comes as scientists warn of a worldwide biodiversity plunge. A 2019 United Nations report said about 1 million plants and animals are in danger of extinction, with species loss accelerating tens or hundreds of times faster than before.

“It’s welcome news, but there is still more work to be done to shore up the (Endangered Species Act) so that imperiled wildlife have every fighting chance to survive and thrive,” said Jamie Rappaport Clark, president of Defenders of Wildlife.

“Critical habitat designations penalize landowners who conserve or restore habitat and, thus, are unhelpful in areas that require substantial restoration to support the species,” Wood said. “The agency should be providing incentives for landowners to protect and restore habitat, not alienating potential conservation partners.”

He represented forest landowners in a lawsuit that prompted a 2018 Supreme Court ruling that led the Trump administration to craft its habitat definition.

The Fish and Wildlife Service designated 1,500 acres (607 hectares) in neighboring Louisiana as critical habitat for the frog even though none lived there. Environmentalists said more space was essential for the frog but the landowner, timber company Weyerhaeuser Co., called it an unjust land grab.

The court ordered the government to decide what constitutes suitable habitat for the frog before designating areas as critical to save them.