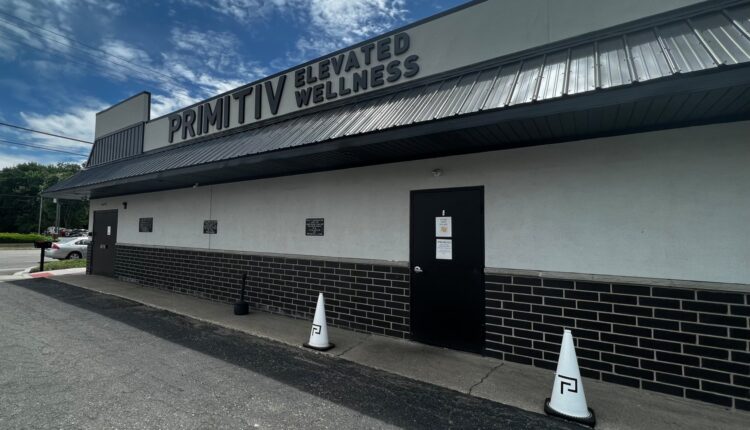 If you feel like I just wrote about a new pot shop coming to Lansing this summer, that’s because I did. Pure Roots is still expected to open on Larch Street soon — though company officials still aren’t returning my emails, so I don’t know exactly when they plan to officially launch.

But in the meantime, Lansing still has plenty of room for another dispensary. Next up is Primitive, a company that city officials say plans to open its second retail location in Michigan at 5620 S. Cedar St. this summer.

For whatever reason, the folks at Primitive are also ignoring my messages, possibly because they’re not ready to announce details. So, I guess I’ll also handle their jobs for them this week:

Founded by former Detroit Lions Calvin Johnson and Rob Sims, Primitive bills itself as a “cannabis research company” rather than a pot shop — namely because of its stated mission to advance the medicinal cannabis industry by researching the natural health benefits of the plant.

Both Johnson and Sims suffered from long-term physical effects of football injuries. That’s no surprise to anyone who has watched Megatron bulldoze through a defensive line, but being one of the greatest wide receivers of all time can take a toll on the body. As it turns out, weed was a pretty solid approach to pain management, and Johnson and Sims wanted to take measures into their own hands, starting with a large growing facility in Webberville, opening their first pot shop in Niles this year, and now moving into Lansing.

Don’t be fooled. This “research company” sells some pretty damn good weed too.

While I was waiting for company executives to call me back, I decided to take a 264-mile round trip to the Indiana border to snag a preview of what’s coming to Lnsing.

The pot shop in Niles used to be a popular billiards hall — and it looked nothing like the sleek, modern designs implemented at most other dispensaries in Michigan. There were no cheesy marketing gimmicks. It didn’t feel like an Apple Store. It was just a windowless fortress of weed that you probably wouldn’t even know sold pot unless you were specifically looking for some.

The cold, sterile, industrial interior made it feel much more like a laboratory than a store. The brick walls were adorned with scientific posters about terpene profiles and cannabinoids — and, of course, a Johnson jersey was prominently displayed in a glass case in the waiting room.

Budtenders directed me toward a wide selection of prerolls and packaged eights, many of which grown and harvested under the Primitive brand in Webberville. The shelves were stocked with plenty of other Michigan brands, but I stuck with two of the top in-house favorites.

Billed as a hybrid, these deliciously dense, pistil-laden nuggets were named for an obvious reason: an overtly nutty and earthy scent, with a similar flavor to go with it. A few tokes was great (maybe a little too great) for unwinding after work in the summer sun. I smoked this at a quiet spot along the Lansing River Trail and almost couldn’t find the energy to bike back home.

This strain is a great example of how the terms “indica” and “sativa” are pretty much useless conjectures. Because for me, this so-called “indica” packed a real energetic punch that ended up gluing me into a Netflix binge until about 2 am Frosty, earthy, fruity buds. Maybe a touch of pine. Then, about four blissful hours of Stranger Things and a whole tube of Pringles. Success.

In other cannabis news…

Bazonzoes has made it easier than ever to grab a bag and hit the road.

On June 10, the company launched its third retail location, at 920 American Road in south Lansing — and it’s not just any old pot shop. It’s the first (and only) provisioning center in the city with a drive-thru window. That means you can order online and be in and out in under 10 minutes, and you hardly have to speak to anyone at all.

The company, founded in 2010, opened the first medical marijuana provisioning center in Oakland County before expanding into Lansing in 2020. It also plans to launch its own cultivation and processing facilities this year. Check out bazonzoesmi.com to place an order — and make sure it’s from the Redemption Cannabis brand if you want some top-notch product.

Kyle Kaminski is a journalist and cannabis enthusiast. Editor & Publisher magazine has labeled him “arguably, the state’s authority on everything you need to know about cannabis.” Have a suggestion for a Dank new product or a feature idea? E-mail [email protected]