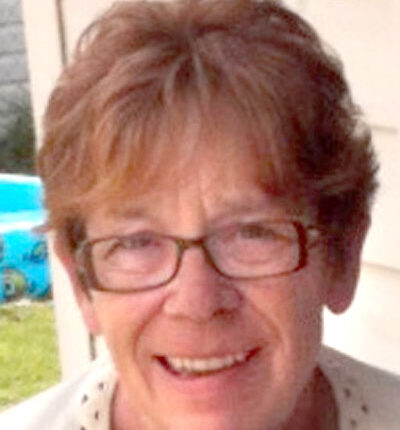 Liz met her husband, Ralph Stallman, at a dance in Maple City, Michigan, through friends of close relatives, and married in July 1967. Together, Liz and Ralph raised four children, Heidi, Todd, Michelle, and Janet. Liz made a career as a loving housewife and LPN at Munson Medical Center in Traverse City while living in Suttons Bay, Michigan. She was known for her devotion to her family and her Catholic faith and her kindness to her patients.

She would later get divorced and move to the Eisenberg area. She worked at the Florence Villa nursing home until her own retirement in 2011. Liz was a proud member of the Catholic Church of St. Mary and St. Joseph at Iron Mountain. She was busy crocheting for most of her life, giving each of her children, grandchildren and great-grandchildren a crocheted Christmas stocking. She also enjoyed playing bingo and drinking coffee and donuts with her close friends. She lived a humble life but always found ways to help her family and friends when needed. Liz and her sisters Janet, Donna and Jill watched “The voice” from different corners of the country together by phone. Liz was the accountant of her singers selection each season and they enjoyed watching the competition with passion together.

Together with several family members, Liz had a tragic train accident at the age of seven and lost her beloved sister Kay in the accident. It was not expected that she would leave again, but she overcame the tragedy to live a full life. Along with her close friendship with her sisters and her brother Jay, whom she proudly boasted of having often ridden her bike around town, Liz enjoyed a special closeness to her grandmother, Helen Savage, whom she nursed during her recovery. and Linda Ritola, her lifelong best friend.

In addition to her parents, Liz was led to her death by her sisters Katherine Kay Frost, Catherine Curnew; and her brother Thomas Curnew.

The family will be holding a rosary and service in Traverse City at the time of the funeral later this year, which will be announced at a later date.

Condolences are available to Elizabeth Curnew’s family online at www.ernashfuneralhomes.com.

The family hired the funeral home Erickson-Rochon & Nash in Iron Mountain to handle the funeral arrangements.