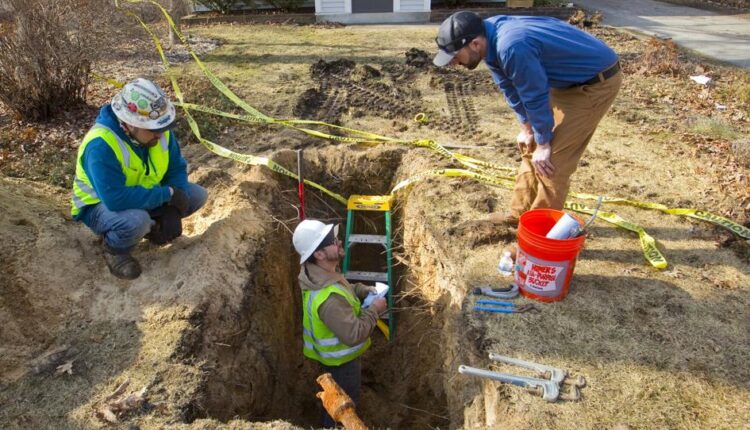 TRAVERSE CITY – The eight-month break between the start of an investigation into PFAS contamination in East Bay Township and the time it was notified to affected residents has caught the attention of lawyers for citizens across the state.

The Citizen’s Advisory Workgroup for the Michigan PFAS Action Response Team was just recently scheduled for this week to discuss this time-lapse and whether the state’s notification protocol should be changed. The virtual meeting begins on Tuesday at 6 p.m. via an online video conference.

One of the members of the working group said the committee had long campaigned for state environmental regulators to be better informed about the public announcement much earlier in the process.

“We told the department from the start that we had to let those affected know,” said Tony Spaniola, a Troy attorney who owns a house near another PFAS contamination site in Oscoda County.

“You should at least go to people and tell them you are opening an investigation,” he said.

Hillerie Rettelle, one of those affected along Avenue B, said notifying potentially affected residents should be mandatory from the start of any PFAS investigation.

“They should change the guidelines. There is no excuse why they did not notify us that there was enough information to open an investigation,” she said.

Rettelle said she was pleased that the situation in her neighborhood caught the attention of the citizens’ advisory working group. She is also confident the committee can make such a protocol change, she said.

“It’s a shame that it had to happen to us so that something could be changed,” said Rettelle.

Courtney Carignan, assistant professor in the Department of Food Science and Human Nutrition at Michigan State University, said stopping the consumption of PFAS-contaminated water does not remove the pollutants from the body.

PFAS – per- and polyfluoroalkyl substances widely used in industry, military, and commerce – have been referred to as “chemicals forever” because of their resistance to degradation and their ability to build up in human bodies over time. Studies have found possible links between high levels of PFAS in the body and a number of diseases, including kidney cancer, high cholesterol, and fertility problems.

Carignan said that PFAS exposure in the early stages of human life, when immune system development is critical, could have lasting effects on health and wellbeing for entire life.

“The science is clear: it would be better not to be exposed to these chemicals,” she said.

The MSU scientist also said she understood why the affected Pine Grove residents were upset when they learned of the eight-month delay in notification. According to Carignan, the consumption of contaminated water is important for any length of time.

“Eight months is not an insignificant amount of time, especially when it comes to pandemic times when you are at home a lot. You really want your immune system to work well,” she said.

State and local health officials informed residents of 18 homes in the Pine Grove neighborhood that used well water in October that high levels of PFAS chemicals had been found in groundwater monitoring wells on the northern edge of the aviation district’s property line. The investigation into the contamination began in February 2020.

Liz Kirkwood, executive director of Traverse City-based nonprofit For Love Of Water, said the Pine Grove neighborhood’s situation – belated notification of PFAS contamination risk – placed on the agenda of the statewide task force was the extraordinary power of collaboration between citizens across Michigan in this regard exemplifies pollutant.

It shows how citizens can activate themselves to demand action from local, state, and even federal agencies, Kirkwood said.