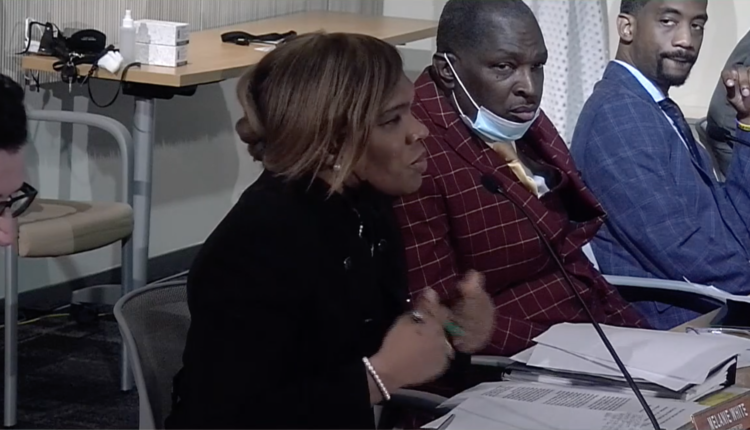 Citizen complaint investigators for the Detroit police oversight board are working to assure the public that they can work through a massive backlog of complaints against officers despite staffing shortages.

Melanie White, who is interim secretary for the Board of Police Commissioners and has supervision of the Office of the Chief Investigator, said Thursday that OCI last made significant changes in how complaint cases were processed “over a decade ago” and has identified ways to “make the process more efficient.”

During a board meeting earlier this month, there was said to be a backlog of 850 complaints against the Detroit Police Department. Now, that number sits at 779 cases, White said during Thursday’s BOPC meeting.

“The need to resolve the pandemic backlog gave all of us an opportunity to put fresh eyes on OCI’s processes, and our effectiveness,” White told the board on Thursday.

The OCI, she said, has identified “key areas” that can help make the process more efficient. One such area is in the reporting of cases being closed. White said the new format will immediately take closed cases off the list of backlogged cases, a process that helped the OCI realize it had closed nearly 100 backlogged cases that hadn’t yet been taken off the list, she said.

A complaint is considered “backlogged” if it isn’t addressed within 90 days after being filed.

“So we forecast at least 75 cases will be closed within the next two weeks, in addition to what staff is continuing to turn in and close every single day,” she added.

White’s defense of the OCI comes after Commissioner Ricardo Mooore, who chairs the Citizen Complaint Committee, told BridgeDetroit last week that he wants more transparency about how the OCI is handling the backlog and demanded that the office submit a plan by January to clear out the complaints.

Lawrence Akbar, interim chief investigator at the OCI, said the office has closed an average of 105 cases each month since February. This however doesn’t stop citizens from filing complaints against the department. According to OCI data, there have been 594 citizen complaints filed this year as of July 19.

OCI, he said, is dealing with a backlog of 220 cases from 2022, 545 from 2021, and 14 cases are open from 2020. Despite that, Akbar said his office is on track to “provide efficient and effective civilian oversight services regarding our citizens’ complaint police misconduct investigations.”

White said OCI is focusing its efforts on cases that allege police misconduct and that have been open for a year.

“We’re focusing our efforts in that regard to make sure that we can quickly close those cases and get it to DPD so that they can take the appropriate or corrective disciplinary action, retraining or counseling,” she said.

OCI hopes to clear all the backlogged cases by the end of 2022, but some issues – chiefly staffing – remain unsolved since the OCI still has four vacant investigator positions. Another is that commissioners, per a rule Commissioner Rev. Jim Holley added while he was serving as chair, are supposed to review the cases after OCI does its investigation. Commissioner Linda Bernard, who represents District 2, said Thursday she hasn’t been given any complaint cases to review all year.

“I enjoyed it,” Bernard said. “I would really read and really challenge (the investigators) on their conclusions and write up my own summaries.”

Commissioner Bryan Ferguson, who represents District 1 and is the board chair, said every commissioner who wants to read citizen complaint cases will get the chance to do so to help lower the backlog.

“If you’re on the complaint committee, and you don’t want to read cases, email me, and I will remove you and replace you with somebody else,” Ferguson said.

Commissioner Jesus Hernandez asked for a monthly report on the OCI backlog. Akbar said that those reports will be made available to BOPC and staff and include the year-to-date amount of backlogged cases and the numbers will be broken down by precinct. Akbar said he expects the backlog numbers to start noticeably going down sometime in August.

authored by
First published at https%3A%2F%2Fwww.bridgedetroit.com%2Fdpd-complaint-investigators-vow-more-efficient-process-to-solve-backlog%2F

The Man Behind Dogman | Features