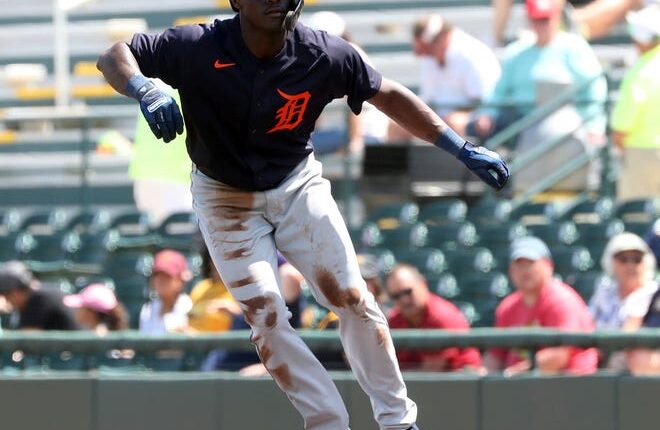 Detroit Tigers fans will get another look at outfielder Daz Cameron at the big-league level.

[ Tigers continue to keep us guessing. But here are 10 reasons to remain optimistic ]

Faedo, who across two major-league starts has given up four runs in 10 innings, will pitch Monday as the Tigers (12-23) begin a three-game road series with the Tampa Bay Rays (21-14) at 6:40 pm Both of his starts came in doubleheaders, with Faedo being sent down after each.

Cameron, a key piece of the ill-fated 2017 trade that sent Justin Verlander to the Houston Astros, has appeared in two games with the Tigers this year after playing 35 games in the majors last season. He’s hit .188 with four home runs in 165 at-bats with the Tigers since 2020.

Meadows was set to return to Tampa Bay — he spent three-plus seasons there — for the first time since being traded to the Tigers in April, but he will rest after being pulled from Sunday’s win. He had missed the two games prior with an inner-ear issue and vertigo symptoms. Meadows is slashing .267/.362/.347 over 28 games.

Reyes started the series finale Sunday vs. the Baltimore Orioles, but pulled up lame after hitting a double and was replaced by Derek Hill.

Tigers manager AJ Hinch said Reyes strained his right quad, not his left quad, which landed Reyes on the IL on April 23. Reyes was returning from a rehab stint when he suffered Sunday’s injury. He’s slashing .292/.346/.458 in 11 games.