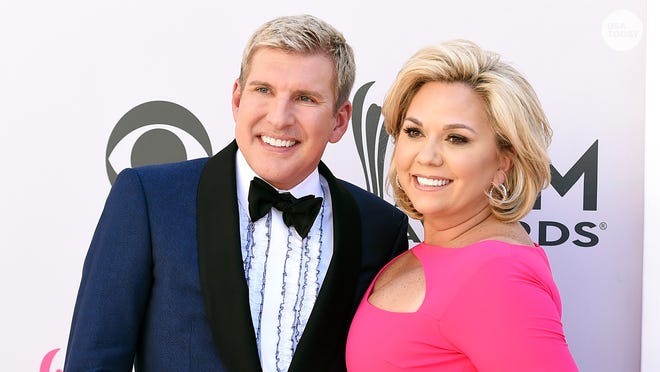 A Detroit tax preparer built a following on getting good refunds for her customers.

But the refunds ended up being crafted on false tax returns that contained “fictitious business income and expenses, and false itemized deductions and education credits,” according to the US Department of Justice.

In all, the tax preparer, according to the Justice Department, admitted to causing a total tax loss to the IRS of more than $815,000. The scheme was significant.

As part of a guilty plea, Daneilla Allen, who co-owned All Star Tax Services that had locations in Michigan and Ohio, admitted that from 2014 through 2018 she prepared false tax returns for clients and filed the returns with the Internal Revenue Service.

The story gives taxpayers one more reason to hit the pause button and rethink whether it’s really in their best interest to pick a tax preparer after hearing glowing comments from a friend or seeing an ad on Facebook that promotes the maximum refund.

Reality stars, like Todd and Julie Chrisley, aren’t the only ones who can run into tax troubles.

Why are you listing a cleaning service? Or a lawn business?

Taxpayers need to carefully review what they’re claiming on any return, even if it’s being prepared by someone else.

This year’s April 18 tax deadline has come and gone. But many people requested an extension and have until Oct. 17 to file their tax return. Filing earlier than October remains an option, though, if a taxpayer has all the necessary information to file an accurate return.

Tax rules change and can trip anyone up, which is why you should try to understand tax breaks even if someone else is preparing your return. See if what’s being claimed matches up with what’s really going on in your life.

One return in the Detroit case included business losses from a non-existent cleaning business, according to court records. The imaginary business fraudulently claimed a business loss of $12,610 on the tax return.

Some clients filed returns through the preparer for two or three years, according to court records.

Allen agreed to pay $158,865 in restitution to the IRS, according to the plea agreement.

The agreement lists specific tax losses involving a variety of clients — without their full names. For example, one client who filed four returns — for tax years 2013, 2014, 2015, and 2016 — had $17,225 listed as a tax loss associated with false refunds for those years according to the restitution chart.

Allen, who is scheduled to be sentenced Sept. 7, declined to comment to the Detroit Free Press. She faces a maximum penalty of three years in prison for assisting the filing of a false tax return. Her attorney did not respond to emails or phone calls.

In addition, she is looking at a period of supervised release and monetary penalties. A federal district court judge will determine any sentence after considering the US Sentencing Guidelines and other statutory factors.

The court records indicate that Allen had some knowledge of taxes after taking tax preparation courses and continuing education courses on taxes.

“Even after IRS special agents informed Allen she was the subject of a criminal investigation, she continued to prepare false returns for clients in 2020 and 2021,” according to the Department of Justice.

In 2020 and 2021, though, Allen prepared returns that failed to identify her as the paid preparer, as required, according to court records.

What do taxpayers need to know

Sarah Kull, Special Agent in Charge of the IRS Criminal Investigation Division in Detroit, was unable to discuss the specifics of the case because the investigation isn’t completely adjudicated. So she wasn’t able to give more details on how the investigation began or what it means for those clients who had taxes done at the firm.

In general, the IRS investigations include tips from taxpayers, other return preparers and the IRS’s own efforts to track patterns through the criminal investigation division’s scheme development center.

Some suspicious activity stands out, such as one return preparer who has an extremely high refund rate, say 98% to 100% of the returns filed generate a refund.

Or if one preparer has a very high percentage of Schedule C forms that are used by self-employed people.

Some fraudulent returns, for example, create a fictitious business, say a lawn service or cleaning business, that might generate losses to reduce one’s income enough to claim an Earned Income Tax Credit.

A return preparer might list that you’re a health care worker or babysitter or house cleaner to create a business for you. But you can’t claim a business if you don’t have one.

Cases can go both ways. Maybe the taxpayer is a willing participant or turns a blind eye to some sketchy claims on that return. The preparer who is willing to break the rules might make money generating more business or charging big fees by claiming that they guarantee you a refund.

“Their clients go out and say ‘Hey go to this person. He or she can get you an awesome refund,’ ” Kull said.

Then, there are situations where the taxpayer has no idea that a fake return was filed.

Fraud schemes have included situations where a preparer shows a legitimate return to the taxpayer but then files a different false return that generates a substantial refund that the preparer pockets.

Or the preparer might try something with a different twist.

Mark Alan Patterson, a 53-year-old tax return preparer in Beaverton, was sentenced in May to 46 months in prison for wire fraud and tax evasion in a scheme to steal tax refunds from more than 160 clients. Patterson admitted to stealing more $600,000 as part of his scheme, according to the Justice Department.

He didn’t tell clients that he was taking money from their tax returns. Instead, according to the Justice Department, he deceived them by giving them unfiled versions of returns showing that they had a smaller refund amount.

Many times, taxpayers don’t look carefully at their returns.

“They just want a refund. They don’t care how they get it,” Kull said in a phone interview.

“You as a taxpayer, you sign that return, you’re liable for it,” she said.

Taxpayers are advised to:

“When you use a CPA or a tax preparer, you almost trust them like you do a doctor, right? They’re the experts,” Kull said.

But it’s extremely important to check references and make sure that a tax preparer is following the rules.

“If you go in and it seems too good to be true,” she said, “you should have your guard up.”

What should a taxpayer do?

Taxpayers who suspect that their preparer has run into problems for filing false returns should try to get ahead of the problems that they’re facing now. Don’t wait for the IRS to contact you. The IRS is going to start doing audits on a tax preparer’s clients.

Melanie Lauridsen, director for Tax Practice & Ethics with the American Institute of CPAs, noted that a taxpayer who suspects they’ve been victimized could turn to a CPA to see if the return was accurate.

“If the return is incorrect, they should immediately amend the return,” Lauridsen said. “Taxpayers should never wait for the IRS to find them if they know the return is inaccurate — the longer the taxpayer waits, the more interest and penalties accrue.”

Kull noted that a taxpayer who got a refund that they weren’t supposed to get, based on a fraudulent claim, will have to pay that money back.

“The sooner you can get it fixed and corrected, the less it’s going to cost in the end,” Kull said.

In some cases, Kull said, a taxpayer sees a return that’s accurate but finds out later that the preparer filed a different, false return. In many of those cases, the taxpayer got the accurate refund but the return preparer ended up with extra money based on the fraudulent return that was later filed.

What does a tax payer do then?

You’d want to request a copy of your tax return from the IRS. You can go to IRS.gov to “Get Transcript Online” and then see if it matches what you thought you filed. Or you can call the IRS at 800-908-9946 to order a transcript. By mail, taxpayers can complete and send either Form 4506-T or Form 4506T-EZ to the IRS.

The return preparer would have to pay back the IRS when the preparer is the one getting the money through the fraud.

“When we go out and interview taxpayers, a lot of times they’ll have a copy of the return the preparer gave them at that point,” she said, which lends credibility to the taxpayer’s story about being blindsided.

Elisha Anderson contributed to this report. ContactSusan Tompor vyeah [email protected]. Follow her on Twitter@tomp. To subscribe, please go to freep.com/specialoffer. Read more on business and sign up for our business newsletter.

The Grand Rapids Pride Festival is this Saturday!