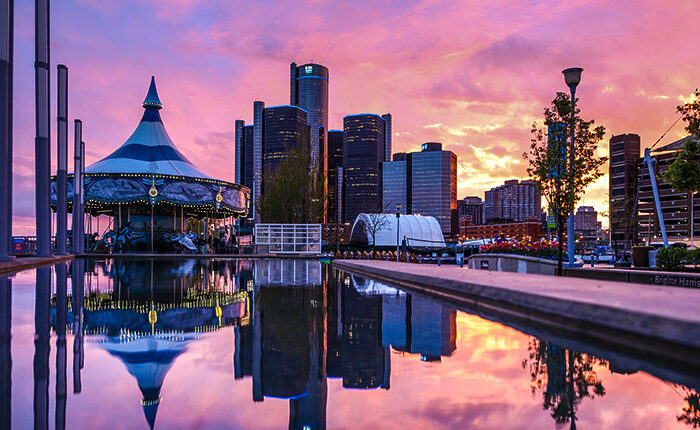 Detroit Riverwalk is best in America

Over the past few decades, cities across the country have revitalized their riversides, turning them into vibrant spaces for outdoor recreation, entertainment, cultural events, and scenic vistas.

The first segment of the Detroit Riverwalk opened in 2006, and its growing popularity has encouraged millions of visitors to visit its plazas, pavilions, and green spaces. Continuous efforts and improvements have made the area so much better that the Detroit Riverwalk was recently named America Today’s 10Best Readers’ Choice Award winner for 2021 USA Today.

“It’s pretty amazing recognition,” said Mark Wallace, president and CEO of the Detroit Riverfront Conservancy. “It’s exciting for the whole team and a great moment to think about everything that has been achieved. … As the organization that led this transformation, this is a great endorsement of the work that we have done. “

The Detroit Riverwalk was one of 20 Riverwalks nominated by 10Best editors and a group of urban planning experts. Other competitors were the Chicago Riverwalk, the Charles River Esplanade, the Wilmington Riverwalk and the Smale Riverfront Park. 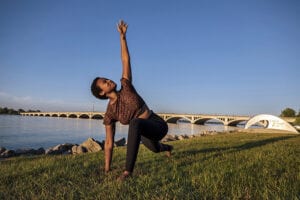 A woman practices yoga along the Detroit Riverwalk near Gabriel Richard Park.

“We’re all very proud,” said Matt Cullen, chairman of the Detroit Riverfront Conservancy board of directors. “We had great competition – Chicago, Cincinnati, Boston, San Antonio. To think that Detroit could be voted # 1 is a great accomplishment. And the fact that it was a vote – the people in our community voted for it and showed their pride – is a great endorsement from our customers.

“We literally went from worst to first,” he added. “When the Detroit Riverfront Conservancy started 20 years ago, we had an ugly boardwalk. You couldn’t even get near it. It was an industrial waterfront for centuries. “

Cullen remembered the “riverside envy” as he looked across the river to Windsor and its beautiful waterfront. He knew something had to be done.

“When Matt Cullen and others looked out the window of the Renaissance Center, they had to have tremendous visibility to see what the riverside might become,” Wallace said. “This is a great example of what you can achieve when foundations, corporations and the city come together.”

Wallace said the award made him think about the partnerships that have helped make the Riverwalk what it is today – and what it should be in the future.

Work will continue through 2021, including the construction of the former Uniroyal factory and Ralph C. Wilson Jr. Centennial Park, as well as the development of another greenway similar to the Dequindre Cut.

“We have a team of dedicated people who work every day to make this happen,” said Wallace. “We are very happy to continue to make progress.”

“What’s exciting is we’re doing more construction this year than ever before,” added Cullen, noting that 2021 will be “a year of progress from a construction standpoint.”

For Cullen, it’s especially important to give the melting pot of the people of the region a place to come together – something that Detroit missed when the Conservatory was founded.

“That makes a great city,” he said.

“Utilization has skyrocketed even in COVID,” he added. “We’re starting to build places to eat and drink in Valade Park and Cullen Plaza. There’s more to do on the riverside too. There is physical development and also program expansion.

“People just enjoy it,” he continued. “It’s a different type of venue. It’s already three miles long and it will go five and a half miles. In winter, you can go to Valade Park to check out the toboggan slope and fire pits. In the summer you can find a quiet, secluded place to read a book, or you can be part of a concert at GM Plaza. People enjoy the opportunity to get involved in ways that are important to them and to find a place where they can come together. “ 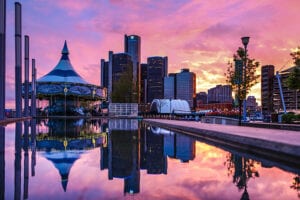 The Detroit Riverwalk was named the best in the country.

Regarding the award, Wallace said he was grateful to the people who continued to show their support for the Riverwalk even during the pandemic.

“So many people are proud of this recognition,” he said. “Detroit has a deep history and a deep sense of community pride. Those of us lucky enough to live here know how nice it is to live in Detroit. We know there is so much to be proud of. Having a national outlet like USA Today that sheds light on something we’re so proud of is encouraging and reinforces all of our work. “

The ultimate in conservationOne vision is to develop more than eight kilometers of riverside from the Ambassador Bridge in the west to Gabriel Richard Park.

More information is available at detroitriverfront.org.

“Come down,” said Cullen. “We always need support to make it look nice.”

Ypsilanti-Mann pleads guilty to embezzling $ 140,000 from an elderly man