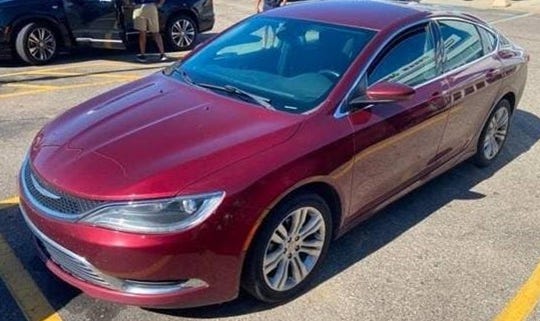 Detroit police are working to find a man accused of carjacking a 95-year-old woman this week near Palmer Park.

The victim was sitting in the passenger seat of her red 2015 Dodge Chrysler 200 around 2 pm Monday near Woodward and Merrill Plaisance when the suspect approached and asked her a question, investigators said in a statement.

The car stopped about two miles away, near State Fair and Bauman, where the victim fled, police said.

The woman alerted authorities. She was evaluated by medics but refused treatment at the scene.

The suspect is described only as a clean-shaven man between 23 and 45.

Anyone with information is asked to call the Detroit Police Department’s Commercial Auto Theft Unit at (313) 596-2555. Crime Stoppers of Michigan accepts anonymous tips at 1-800-SPEAK-UP.