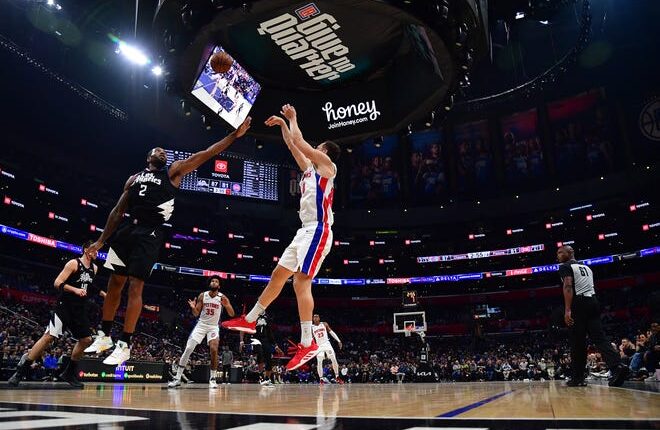 Game notes: The Pistons are back home after a few more dispiriting blowout losses, and now own a two-game “lead” for the worst record in the NBA. They have lost five straight and continue to embarrass themselves in the third quarters of games. Coach Dwane Casey said he might try to change that Monday with a lineup tweak, after watching his team get butchered, 70-42, in the second half in Atlanta. … The Pistons lost at the Clippers, 96-91, in mid-November. LA’s Kawhi Leonard is starting to resemble his pre-injury self, averaging 20.3 points in December, while his running mate, Paul George, averages 23.3 points, 6.2 rebounds, five assists and 1.4 steals per game. … The Pistons host surging Orlando on Wednesday, then hit the road for five games as the calendar flips to 2023.

READ MORE:Here’s what Dwane Casey might do to solve Detroit Pistons’ third-quarter embarrassments