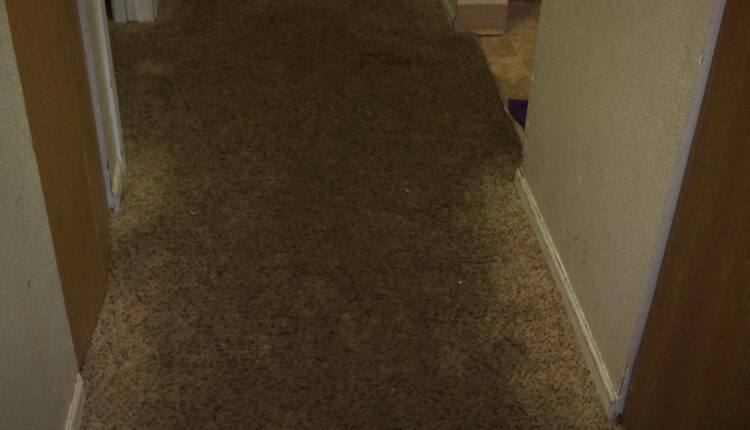 LANSING, Mich. (WLNS) – This weekend’s blizzard has left its mark on some Lansing apartment buildings facing no heat and flooding.

While some apartment owners said they are fixing the problems, one woman said it is exhausting waiting for improvements.

“I’m hoping they can get the bigger things taken care of like the heat and everything. Because right now, I’m not even gonna lie, there’s a lot of people that are moving because they don’t feel like they are doing their job. And I’m sorry to say that I’m one of them,” said Faith Morehart.

Morehart lives at Marvin Gardens Apartments in Lansing. She said heating problems started well before last week’s storm. Morehart said she was layered up in coats and blankets until the heat came back on Monday. While she is glad to see some progress under new management, she is worried about the rest of winter.

“Then there’s some people who have kids, I have no idea how they did it. The main reason I’m worried about this is because if I’m cold and I know it’s dangerous to the kids because some are two months under. so what’s it going to be for them without no heat?” she said.

A few residents who spoke to 6 news off-camera said they also had little to no heat. One man even claims his apartment flooded Sunday.

In an email, managers with Simtob Management confirmed the heating and leaking issues. They said contractors were brought in to repair both issues Sunday and Monday.

At a different complex with different management, a woman at Silver Stone Townhomes said her unit was recently marked “unsafe” after a pipe leaked in a townhome next door.

Neighbors said the complex has a history of long wait times for repairs. With waterlogged carpet and towels in the kitchen, she has no idea where she’ll go with her kids.

6 News did email the management company for Silver Stone as well as emailed the office and called the maintenance line, but have yet to hear back. As for Marvin Gardens, owners said those code issues have been fixed with a new inspection scheduled.