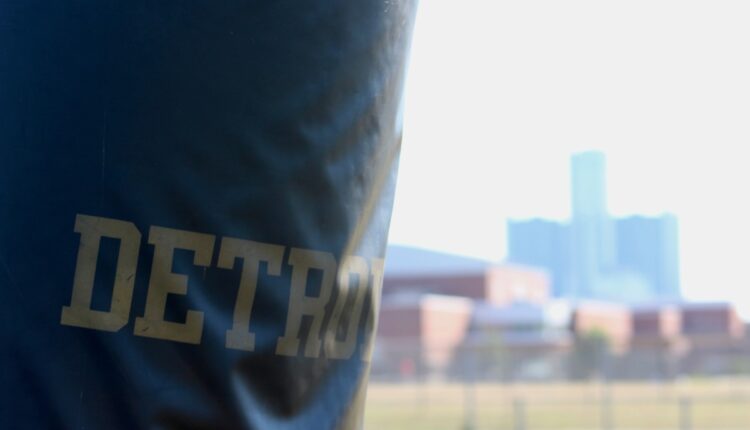 This page will be updated with a full recap, photos, highlights and interviews from the game.

King opened the scoring with a deep pass from quarterback Dante Moore seven minutes, 57 seconds into the first quarter.

King’s Sterling Anderson Jr ran for a 10-yard touchdown to give King a 14-0 lead with four minutes remaining in the first quarter.

King answered with 8:18 left in the second quarter. Moore found an open Kenny Merryweather in the middle of the end zone for a 21-7 King lead.

Moore threw another deep touchdown pass, this time to the corner of the end zone, right before halftime to give King a 28-10 lead.

Neither team scored in the third quarter, but in the fourth quarter, Mumpfield hit freshman wide receiver Corey Sadler Jr. in the end zone for a 6-yard touchdown to cut the King lead to 28-16 with 7:24 remaining.

Cass Tech scored again with 2:53 left in the game. Mumpfield hit an open Elijah Jordan down the right sideline for a 37-yard touchdown pass. King led 28-23.